Food, drink, entertainment and shopping are just the tip of the iceberg for the new and improved District. 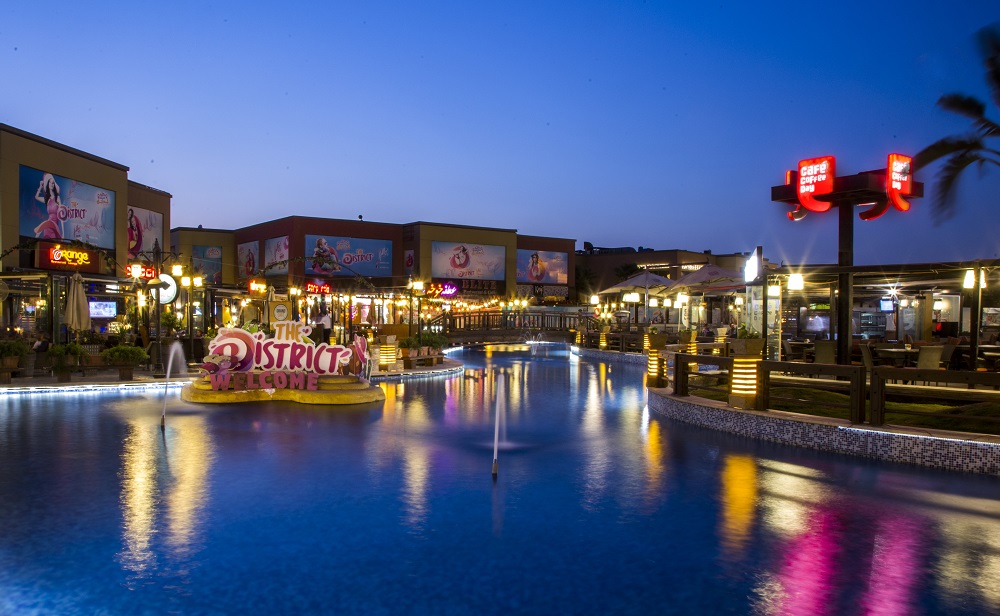 Having opened in 2014 in the Sheraton area of Heliopolis, The District set the tone for what a family-friendly outdoor hub of dining and entertainment in Cairo should be. Although already a popular hot-spot for Cairenes looking for a bit to eat and some rest and relaxation, the brains behind it all, Wadi Degla City for Urban Development, have gone one step further and re-launched into a whole new beast altogether.

Spanning over 200,000 sqm, the new and improved District is more than just a strip mall, with new integrated facilities now including a club, gym, hypermarket and even several outlet stores for some welcome affordable shopping, alongside big names such as Lulu Hypermarket and Decathlon Egypt. This all comes in addition, of course, to a plethora of different restaurants and cafes, as well as entertainment facilities for both children and adults and, get this – there’s an international, school too!

This is just the beginning of what looks like a big year for for Wadi Degla City for Urban Development Company, who is set to replicate The District model across different similar facilities across the country.

“2017 was for us a transformation year during which we did a total restructuring of the whole company including all the functions with a strategic focus on commercial and retail business,” said CEO, Fadi Alfonse. “All over the year, we managed to facelift the operation, developed new core goals, hired new skilled team and successfully introduced our new vision catering for the re-launch of The District as an outdoor family hub with exclusive entertainment and unique shopping experiences combined”.

As far as it's location goes, The District is primed to be a popular spot for residents of not only Heliopolis, but for those in Nasr City and New Cairo, while it's proximity to Cairo International Airport makes it a perfect stop-off for transit passengers and its proximity to the 100,000-member Wadi Degla Club Sheraton which also makes it a desirable spot for tenants.

You can find out more The District’s official Facebook page.