The Egyptian ride-hailing app claims to be faster and cheaper than most other transport alternatives. 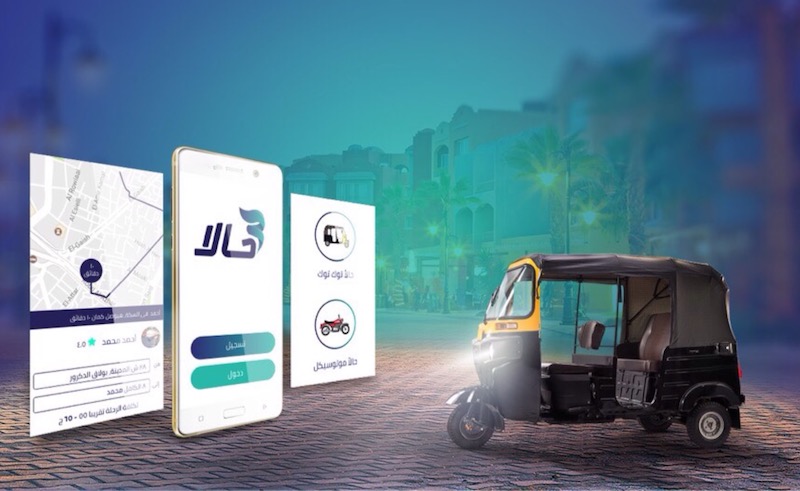 With the recent news of a possible ban on Uber and Careem, we may have just found our savior in Egypt’s latest ride-sharing app, Halan. The app - which is based in Cairo - is bringing us motorcycle and tuktuk rides.

Since launching last November, Halan has been well received among Android users having already been downloaded 100 000 times. The iOS version is set to be released in April. Marketing itself as a more fuel-efficient and cost effective alternative to car rides, Halan is already doing "four figures" worth of rides every day, according to Chief Marketing Officer, Dina Ghabbour

According to the company’s calculations, the 20 mins trajectory from Faisal to Moneeb on motorcycle comes at EGP 13.50 in comparison to the hour long taxi ride’s EGP 20.

Moreover, Halan is planning to expand to more governorates across Egypt this year. It has already rolled out a televised national advertising campaign last January, starring Mahmoud El-Leithy singing while navigating Cairo streets on a tuktuk. They've have also rolled out outdoor ads in different spots in Greater Cairo.

Halan is looking to land $2 million for its pre-series “A,” of which it has already raised more than 75 percent. “We’re well on our way to our goal of closing a pre-series ‘A’ with both financial and potentially strategic investors participating,” Halan CEO Mounir Nakhla says, refusing to reveal the 75 percent figure or identify the investors with whom the startup is negotiating. He only agreed to reveal that the investors on board are from Silicon Valley and Singapore, in addition to strategic investors.

However, it is still not clear whether this business model will survive amid the never-ending conflict between ride-hailing apps Uber and Careem on one side, and the authorities and taxi drivers on the other. In spite of its usefulness in narrow streets in informal neighborhoods that don’t allow four-wheeled vehicles like Ard El-Lewa and Izbet el-Haggana, tuktuks are viewed as a dangerous pest to the street community, due to a number of deadly accidents that has heavily involved tuktuks in the past few years. The government is trying to keep count and track of tuktuks by placing numbered metal plates, however they did not succeed at keeping track of the entire bulk that has been fluxing its way in Egypt since the early 2000s.

Check out their campaign starring Mahmoud El-Leithy. Check them out on Facebook, here.