With a critically lacking waste disposal infrastructure, the country is on the verge of an environmental disaster. 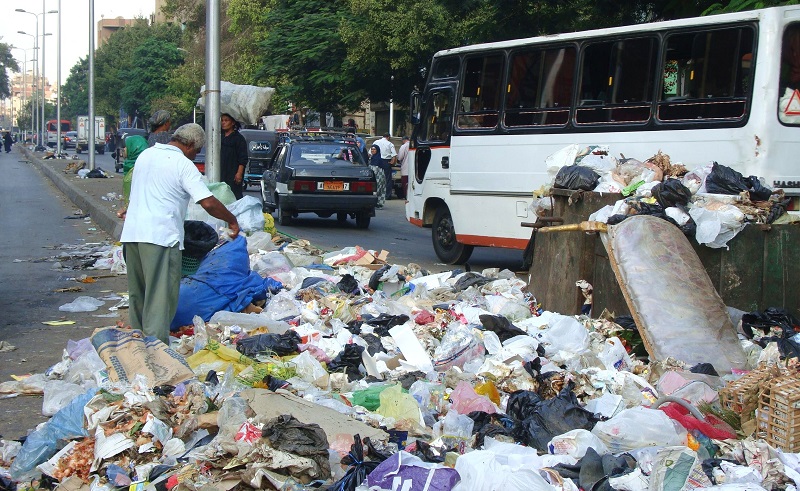 In a spot of malodorous news this fine Thursday afternoon, Egypt’s struggles with the proper recycling and disposal of its solid waste continues, with about 80 million tonnes of all manner of solid waste produced each and every year - 60 million of which being comprised of agricultural, municipal, medical, industrial and electronic waste materials, and 20 million being common rubbish, according to statements from Dr. Khaled Fahmy, Minister of Environment.

Fahmy further went on to say that the country’s current waste management system isn’t sustainable without a considerable amount of reform, mentioning that plans are in motion to help combat the rise in solid waste threatening the country’s environmental stability. The new system, as it stands, will principally be a collaborative effort comprised of the public and private sectors, local and national associations as well as waste management companies; whose chief responsibilities are the collection, transport, recycling and ultimate disposal of harmful waste. Funding for the new effort will come from several governmental and tax related sources, with 30% of funding from the Ministry of Finance, 15% from various donation balances and 25% from real-estate taxes.

Though Egypt has made some strides here and there in the way of sanitation and recycling, the country still has a ways to go for recycling to be an actual go-to in each and every neighbourhood, rather than a task as it is now. In addition, the Egyptian people themselves have to be mindful of the actual effects of the unruly rise of waste; through awareness, education and active, conscious effort, things can turn around.