Fawzi is one pissed off father. 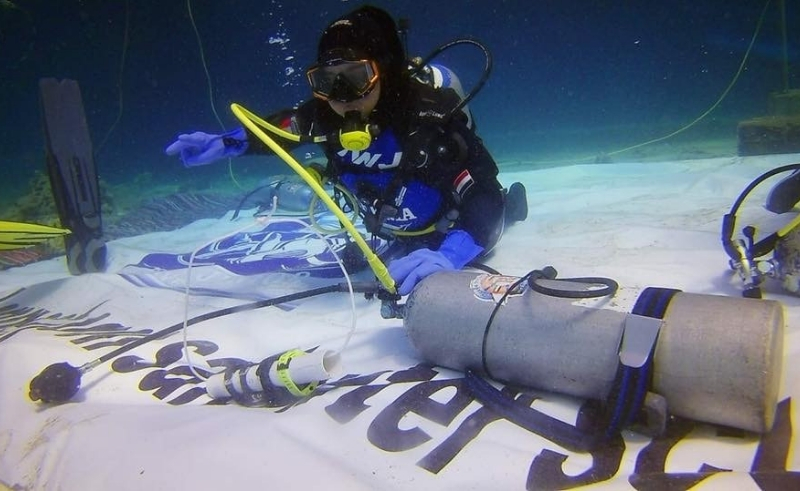 After we got all excited about Reem Fawzi’s Guinness world record for longest dive, it seems like there’s now a problem.

It now seems that Guinness World Record are stripping the poor girl of her official record due to her age, claiming that you need to be 18 years old to enter. Wait ... why did they then give her the record in the first place? They also went as far as accusing Fawzi, the father of the girl of endangering his daughter’s life by keeping her underwater for so long.

According to Egypt Independent, the father of the poor girl who is being officially stripped of her record is now suing Guinness World Record, claiming that after he and his daughter went through an expensive application process, they’ve now suddenly decided to strip her of her record.

The story goes like this – last August, Reem initially applied on the Guinness website and of course, she said she was 14, but was able to perform the dive due having had two years of preparation. They requested an $800 dollar fee, which Fawzi paid.

However, by October, Fawzi received a call from a representative of the Guinness Middle East office, asking about her daughter’s age, and then demanding even more money for the chance to break this record.

“He told me Guinness had two ways of proving someone broke a record: either sending an invigilator to witness the record break, which would cost me five-to-seven thousand dollars for the last hour of Reem being underwater only, or through the contestant filming the entire thing independently, through a very complicated process. This was not mentioned on the site, which now makes me think this was an attempt of extortion by the regional office, not the international Guinness” said Fawzi.

The father decided to go for the second option, to film the whole thing independently. Funnily enough, the marines were the only ones who had this technology, and were happy to assist.

On October 3rd, Reem went underwater, and just a day later, Ashraf received a call from Guinness, and claims that they told him that Reem had been disqualified due to her age.

“His call went against what was on her account, which said ‘accepted pending your evidence’. So when I probed him about the contradiction, he said Guinness’s earlier reply was an auto reply”, the angry father added.

“You have a child on the brink of changing history. Imagine what this would do her.”

Ashraf told the representative that this would have to be conveyed to his lawyer through the official account of Guinness International office.

Another followed this email, two minutes later, telling her she had been disqualified. It was then that her father became certain something was wrong.

“We are sending the England office a report of what happened, and we are suing Guinness Middle East. We have seven lawyers from countries other than Egypt who think we can win this case,” the father concluded.