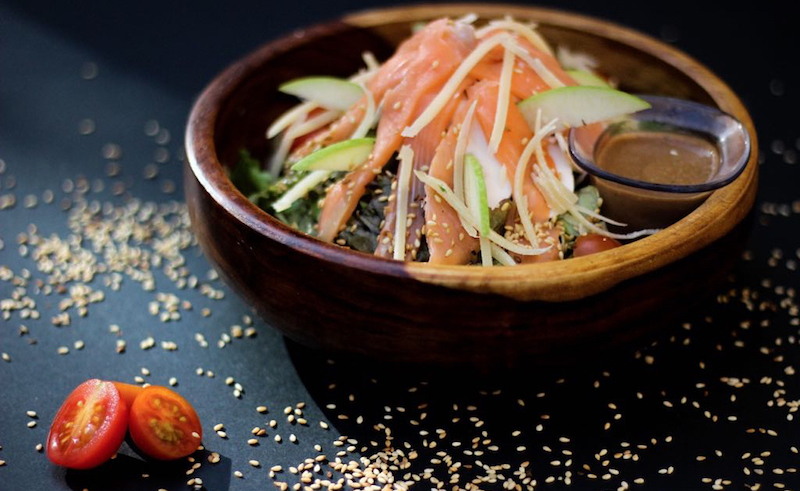 There was once a time when we would have opened an article like this by making a sweeping statement about how difficult it is to find healthy food in Cairo. Over the last few years, however, the winds of change have brought more and more restaurants, cafes and even caterers that make looking after your well-being and your bikini body a whole lot easier – beyond salads and low-fat yogurt, there’s much more creativity and innovation, with one of the latest to prove as such coming in the form of Lyfe Eatery & Juice Bar under the leadership of co-founders, Mohamed El Refaei and Omar Refaei. No relation. Located in Maadi, there’s more to Lyfe than salads and low-fat yoghurt; in fact, they’re the first in Egypt to bring Poke Bowls to the table. No, not Poke Balls – Poke Bowls. The appetiser, which hails from Hawaii, uses raw fish as its main ingredient and throws various vegetables into the mix. Think of it as some kind of raw, deconstructed stir fry.

It’s already been a hit for a place that has barely been open for a month – a place that’s adding special touches to other familiar foods. Avocado pancakes, anyone? How about a shot in the morning? Hold on, let us explain.

Lyfe Juice bar isn’t just about clean eating, though; it’s about clean living, too. Starting at the source, all their ingredients are bought from hand-picked suppliers and their production process for the juices and food incorporates the latest gadgets.

“So for example, we use a special kind of cold press juicer, that doesn’t emit heat, and it extracts all the enzymes and minerals, without compromising any nutrients or flavor” explains co-founder, Omar Refai, who explained how the heat produced by normal juice press often rids an ingredient of its vitamins.

All things processed or fried are not welcome in this eatery and all their ingredients are organic. The eatery itself boasts of natural sunlight, unlike most restaurants, which are usually lit with artificial light.

“We want to implement an overall mentality of natural living and the use of natural resources,” Omar explains. “So we only switch on the lights at around 3 PM, or when it starts getting dark out. Otherwise, it’s all sunlight and we have a green wall, too!

Check them out on Facebook for your daily prescription of positive vibes.