10th Edition of RiseUp Summit to Take Place This March

Queen Cleopatra was a regular customer to the village's perfumers. 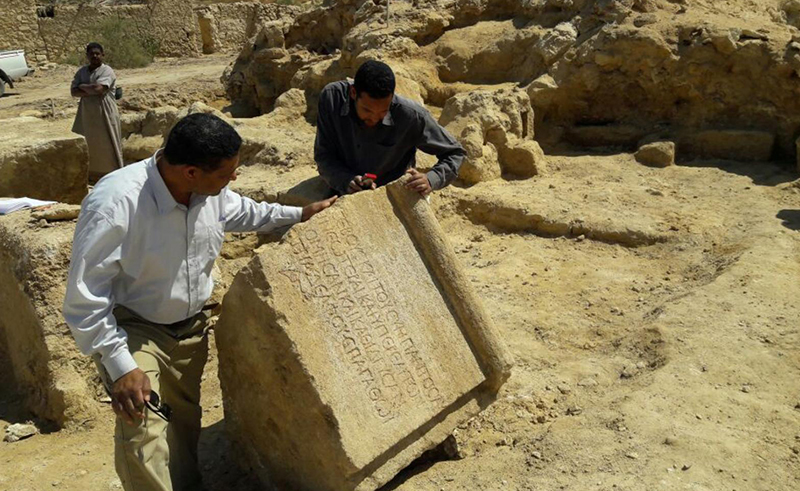 In the northern Dakahlia governorate, a US excavation mission has dug up an ancient Pharaonic settlement which is being dubbed history's oldest village. The head of the mission, Jay Sleifer Stein, announced the news on Wednesday, in attendance of Dakahlia's Governor Kamal Sharobim and Dean of Tourism Faculty at Mansoura University Dr. Amina Shalaby. The village belonged to the era of Ptolemy III, the third king of the Ptolemaic Dynasty, who ruled Egypt from 246 to 222 BC. The mission was able to confirm that the village was brought to ruins amidst a great war or fight, evident in the discovery of weapons scattered across its streets as well as remains of dead soldiers.

Even more interestingly, Dr. Stein said that the village had history's oldest perfume factory. The mission found special perfume-making ovens and murals that demonstrate how workers extracted liquid scents out of flowers. The village was a world-renowned perfume-making center, shipping their bottled products to be sold all around the world as well as the rest of Egypt, as further explained by Dr. Stein.

"We could know the types of plants they used to take flowers to make perfumes, and we are currently collecting them in America to produce the same quality of perfumes used by the Egyptians," said Stein.

The US mission to Tamei Al Amdeed began working in the area in 2007, after being asked by Egypt's Ministry of Antiquities to assess the historical value of the site in fear of damage to the area's monuments on account of rapid urban expansion.