TRUX is Bringing All Our Favourite Cairo Food to Sahel

The way we do food and entertainment in Sahel has just changed forever with TRUX. 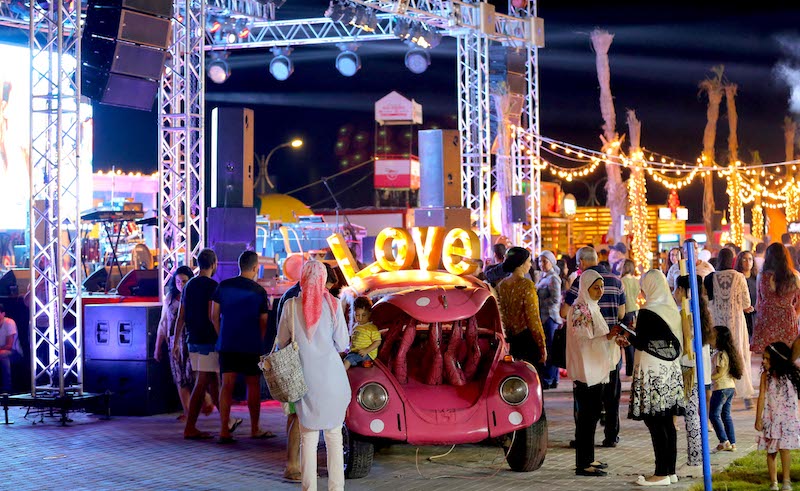 Remember when you were in your teens watching an American movie and being jealous of the food trucks that were always conveniently located on the perfect street corner loaded with what looked like the best food ever? Or have you ever watched those documentaries that so beautifully paint the nightlife of a European city with gorgeous food trucks scattered nearby a lake with what looked like the most glamorous ambience ever? There’s no need to be jealous, because TRUX has not only brought its best gourmet food vendors near Amwaj in Sahel, but it has also brought us bright lights, street art, entertainment, and created an atmosphere unmatched by any other seaside in the world (we bet!). Now we know that summer is all about Sahel in Egypt, and we know that TRUX have gone vroom vroom all the way to the North Coast this year. Which means we can now literally have a hot dog at any given point in life - because hot dogs are the most satisfying thing after hours of swimming and partying (read: drinking). You can also indulge in some shopping with some retail outlets that have also ventured out with TRUX. And as expected, you’ve now got the perfect beach atmosphere filled with music, art, entertainment, and even chill-out areas where you can have your shisha gatherings. Each TRUX truck has it’s own unique aesthetic for an all-round experience that goes beyond just food. They've even taken it one step further and now lets us release our inner Picasso by taking some chalk and going ham on their chalk wall. As their motto puts it, they’re like a delicious gig on wheels. Their summer itinerary in Sahel also includes music gigs and entertainment still to be announced, as well as a kids area where you can forget about the little ones for a while. Some of the restaurants featured include in the North Coast include, Cinnabon, Saber Pasrty, and Manoucheh. Even service TRUX have appeared more recently such as Secrets of Nature and Crocs so you can buy yourself some back up essentials for when you've over done the partying - we all know how Sahel nights go! We have entered a new era of food and entertainment thanks to TRUX. We also have no more reason to spend summer stuck in Cairo - yay for us.