And the name is quite serendipitous as it turns out. 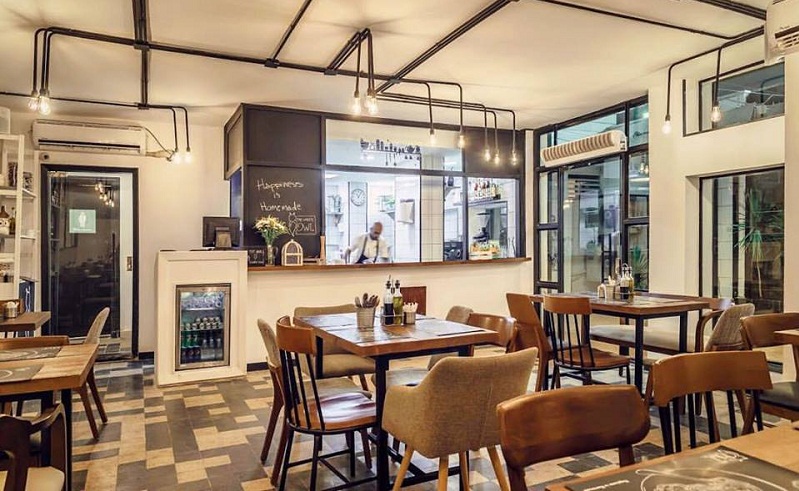 There's a new White Owl in town and it's not Hedwig. With "good vibes and good food" being their priority, Maadi's newest restaurant The White Owl is serving up epic homemade pasta that is defiantly worth the try.

When we spoke to co-founder Ahmed Zaazaa, naturally our first question was how the restaurant got its name. And after hearing his response, we wouldn’t be surprised if he gets a Hogwarts acceptance letter soon. ”The story behind the name, added to the uniqueness of the place. We decided to call it The White Owl, and then a real white owl landed in my balcony a week after we were settled on the name," Zaazaa tells us. Coincidence? We think not.

Ahmed Zaazaa describes the inspiration behind the restaurant as a result of them missing cuisines in Egypt. “We all travel a lot, love cooking and going to restaurants. Yet whenever we travel, we come back craving those dishes that we had abroad and never find them,” he tells us. Their idea was simple, he said, and we agree, “Who doesn't love pasta?”

“The loaded and bland pasta never fulfilled what we wanted” he explains. “So we decided to put a lot of effort to come up with different creative pasta recipes experimenting with pasta recipes from all around the world." The result was Zaazaa, his parents in crime, and a group of Cairo's best chefs, locked themselves up in a kitchen for two months to come up with the most unique pasta doughs and sauces.

When asked what dishes they’d recommend us to try, we were pleasantly surprised to find that they catered for just about everyone, including our neglected vegan friends. So be sure to take them along too as their descriptions also left us drooling.

“For starters, the assorted bruschetta dish makes you go through three different experiences; the sweetness of the beetroot with balsamic reduction, the sourness of tomatoes and aubergine, and sexiness from the chili and mushrooms." Zaazaa adds "Our pasta menu is full of vegan options. One of our favourites is the pink cream and vegetables tagliatelle, as it is very rich in flavours, and yes, it's vegan as we only add coconut cream. For the meat eaters, both our sausage and cream, and the smoked duck with mushroom duxelles fettuccine are star dishes.”

Ahmed also suggested that a good meal would not be complete unless accompanied by their pink lemonade and finally ending the meal with their signature dessert The Russian Honey Cake. He then went on to also clarify that the restaurant space itself reflected different concepts that they were keen to include in the experience.

“From the open kitchen that reflects that we have nothing to hide to the different chairs designs and irregular floor patterns that give an organic and not standardised home atmosphere. The artwork boldly says that we are not that posh and classical place, but more urban, cool and comfortable.” This unique urban ambiance is definitely somewhere to indulge in, especially during winter (which yes, is coming).

The good news? If you’re in Maadi this owl also delivers. The better news? We were assured that there was no reason to move, we can expect this owl to land in both Zamalek and Heliopolis in the future.