It may look like dragon-glass, but we doubt King Tut tried killing any white walkers with this blade! 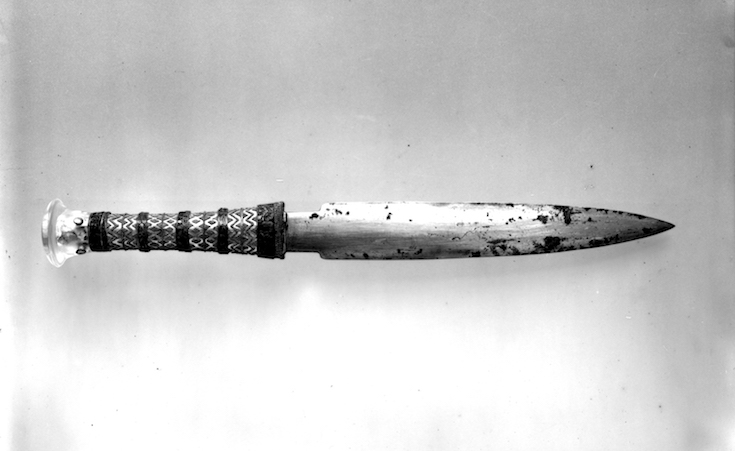 Egyptians may not have gotten to space just yet, however, new research reveals that Tutankhamen (a.k.a Tito), the 18-year-old King of Egypt was buried along with a ceremonial dagger thats literally out of this world.

Researchers from Milan Polytechnic and Pisa University worked in conjunction with The Cairo Museum to analyse the mineral composition of the dagger, finding traces of rare elements that linked closely with a meteorite named Kharga, which was recovered in 2000 from Mersa Matruh, some 100 miles west of Alexandria. Given Tutankhamen’s obvious history with bling, we’re not surprised such a rare item made its way into his possession; it's easy to imagine the boy-king fascinated with the cosmos as so many of us were at that young age. Other items recovered from his tomb – such as an ornate scarab brooch carved from a 28 million-year-old chunk of silica glass from the Libyan desert – reveal the incredibly sophisticated craftsmanship of the era. Such items were highly prized in Ancient Egyptian society, fit only for the king.

As big Game of Thrones fans here at CairoScene, we all know dragon-glass kills white walkers, but maybe the space dagger might work on whatever the hell this is from the terribly whitewashed Gods of Egypt movie.