The NASA-powered Space Apps Challenge kicked off on Saturday to an astounding 400-student mass of participants. We take a look at the winners, the challenges, and why Cairo is an exemplary site for innovation. 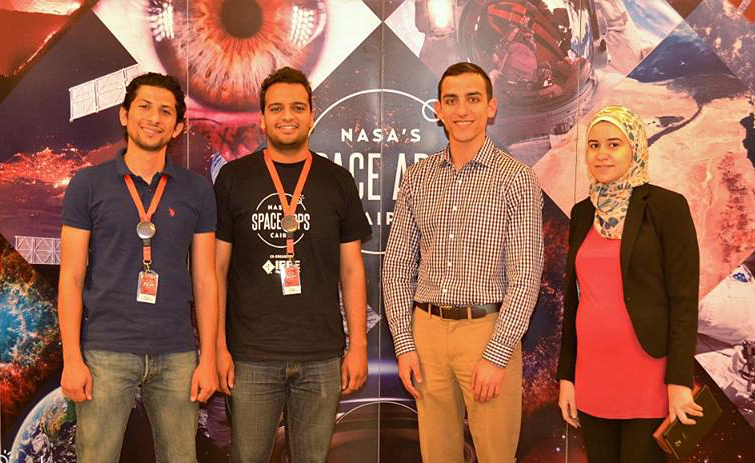 Taking place for the second time in Egypt, the International Space Apps Challenge hackathon powered by NASA began on April 23rd, kicking off a challenge that runs parallel in 170 locations worldwide. NASA chooses a limited number of locations for its competition each year, and has selected Egypt as one of the exemplary sites for the Global Organizing Team to visit, as last year it sparked the largest number of projects produced from one city worldwide in 2015.

But this edition's eager participants overshadowed last year's success, as over 400 participants – nearly twice as many as in 2015 – took to Cairo’s Zewail City, where over 200 data sources were made available for them to come up with mobile applications, software, hardware, data visualisation, and platform solutions to push space missions and improve life on Earth – nothing less. The winners, Space Station Orion, competed amongst avid teams of youngsters who did everything from design a smart wearable astronaut management system, to strive to develop a mission concept to get asteroids from a general orbit to a near-Earth orbit.

Space Apps' organising team representative, Blake Garcia, joined the Cairene venue this year, as hundreds of students and young engineers created prototypes for the 48-hour challenge. Most of the topics this year consisted of solutions to mission-related challenges in the fields of aeronautics, international space station, solar system and beyond, technology, Earth, and the journey to Mars.

Created by Cairo Space Apps and IEEE (Institute of Electrical and Electronics Engineers) Egypt, the two-day event offered technologists, scientists, designers, artists, educators, entrepreneurs, developers, and students the chance engage with data, innovate, and spark collaborations that could lead to their future startup.