Always one step ahead of the game, architecture and design firm Studio Five displays its projects in virtual reality, allowing clients to view their future homes or offices in a hyper-realistic manner. Skot Thayer takes us on a virtual ride through this cutting-edge technology... 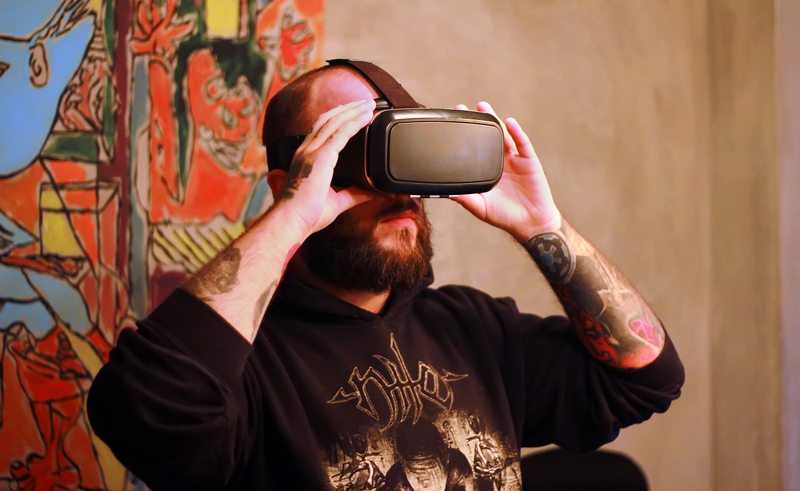 The future is here. Drones, smartphones, and virtual reality are all becoming part of the mainstream. The breakneck pace of our current technological advancement will leave no life unaltered and no industry unchanged. In the architecture world, the ability to render and experience virtual worlds has already revolutionised the way many companies do business. Egypt’s Studio Five has begun to take digital renderings - which have been a must-have in the industry for years - to the next, sci-fi made real-life, level.

The fidelity of architectural renderings has increased exponentially, reaching an apex where they are nearly indistinguishable from reality. Photorealistic lighting and textures give clients the ability to step into a virtual future and see the project, whether it be a condo, office, or business place, fully realised in three dimensions, before any physical construction has been started. This allows Studio Five's clients to give feedback - not based on drawings, or after construction is under way where changes can be costly, but in a digital environment where making changes is as easy as a few clicks of the mouse. However, reviewing a static image on a computer monitor is old hat at this point, and like I said at the beginning, this is the future. Studio Five is one of the first architecture firms in the region to begin using 360-degree videos to allow clients to become completely immersed in the project, by moving the mouse or holding up a smartphone and using its motion sensing capabilities to allow the user to see through an LCD screen into a future of endless possibilities. 360-degree videos are viewable on almost any device, be it mobile or a computer. Using a small tablet or mobile is far more interesting however; you are essentially holding up a piece of glass, turning and lifting it like a handheld window into your future home or office. While it certainly has the ability to immerse you in whatever stylish setting Studio Five is creating for you, a small screen is limited in its vantage point. Now with the prospect of virtual reality looming over every industry, from video games to healthcare, Studio Five is embracing the cutting edge and making VR available to their clients.

Studio Five just started launching 360 design videos. 360 video is a completely new experience because you can move the camera around. This opens new ways of experiencing the design and makes you feel like you're part of what you're watching. It's a step towards even more realistic experiences.A landscape designed by Studio Five.

Donning a set of virtual reality goggles can make you a little self-conscious. Soon, though, the outside world dissolves in a wash of electric light and ceases to exist. When I wore them I was instantly transported beside a pool and a lavish villa. I could see the reflections of the palm trees and the bright sun in the water. On either side of me, there were chairs for lounging and soaking up the sun. I lifted my head a bit and looked around me. To my left was an elegant pergola with shades drawn back. Turning my head back towards the villa, I could peek in through the windows, catching a glimpse of the inside. Looking up, I could see the balconies and could picture myself standing there.
After a brief reset, Studio Five showed me the same scene but at night. Seeing the virtual villa’s silhouette set against the night sky, complete with lighting fixtures inside and out, it was very hard to forget that I wasn’t looking at anything that existed in any physical way. Taking off the glasses the images stayed with me and I was eager to put them back on and go back. While not a new technology, virtual reality has made huge advances in recent years, making the process easier both from a development standpoint and user experience. Many of Studio Five’s clients may have heard about the technology before but never tried it, possibly even dismissing it. Now with the advances in technology and ease of use, many of Studio Five’s clients are blown away when they figure out exactly what they're in for. "A client was sitting in the chair. Saw that it’s a picture and was like 'okay...' As soon as he started to revolve his head he said 'whoa, wait a minute, what am I seeing right now? This is my house!' He began to give us comments. 'Make the plants a little higher, I want to do this and that.' We use it before we show the client anything else, like still images or designs. This way the client has a better perspective. The glasses give the client the ability to make their own perspective," the Studio Five team elaborates.
Moving forward Studio Five hopes to make use of next generation devices and more powerful hardware to provide even greater experiences. For instance, the ability to walk through a building or complex in real-time, turning your head and examining every detail, from every angle. Or think a dedicated room with several pairs of glasses allowing an entire group to experience a rendering from different angles. Faster computers will allow them to make changes quicker and modify the clients virtual reality while they watch. The future is the limit and the future is with Studio Five.