The Smartest Dumb-Phone Ever Has Been Invented

Gorgeously stripped down, the Light Phone is designed to start a different kind of conversation - a real one. 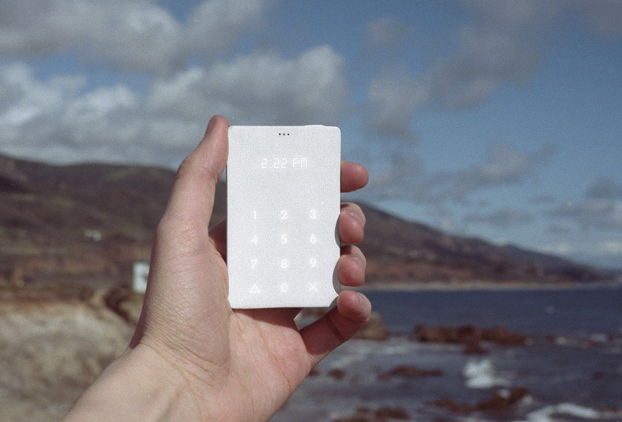 Introducing the anti-smart phone. The opposite of all other phones in the market, a phone that doesn't try to pack as many features as possible into one system; a phone that doesn't care for amoled displays and optical image stabilisation but knows itself. It knows exactly what it is, what its functions are and where its roots come from; it is simply a mobile phone. If your grandfather's ideals were brought into the modern day and utilised to create a new form of communication, this would be it - The Light Phone. The Light Phone created by Joe Hollier and Kaiwei Tang at Google’s 30 Weeks incubator in NYC is super thin, light and literally does nothing but make and answer calls. This is ironically one of the biggest leaps in technology the telecommunications industry has ever seen, especially on a socio-psycological level. With its slick, trendy physique the phone may just be the biggest attack on a generation of paralayetic kids, eyes glued to their phones, instead of the world around them.

“We started building this because it became very clear that true happiness means being present," said Hollier. "This has been written about by so many of the smartest minds since Seneca. So much of our days are spent connected and staring at screens that we are losing that presence in so many situations. We built the Light Phone as a way for people to find balance with their connectedness. It’s not that we think people should never connect again, it’s just that taking a break is extremely healthy in every sense of the word."

The build of the phone also means you won't be replacing it constantly for new versions, it's strength comes in the fact that it's just so basic. "This project is really about a conversation we want to start. Is where technology is going really the way we want in terms of living our day to day lives in the happiest sense? We are not against tech at all (clearly we joined an incubator and have a passion for this) but we think that maybe we need to put the human first in tech again and think about what kind of tech will make our lives better in the long term. I don’t think the Light Phone is the end all be all answer to this question but it’s our first step in starting the conversation and we have lots of ideas for going forward.”

We couldn't have said it better ourselves; long live the basic brick!