How Have We Let Down Egyptian Olympic Athletes? Let Us Count The Ways

Failure to dress an Olympic athlete in proper attire and ridiculing a female beach volleyball player are just the tip of the iceberg. 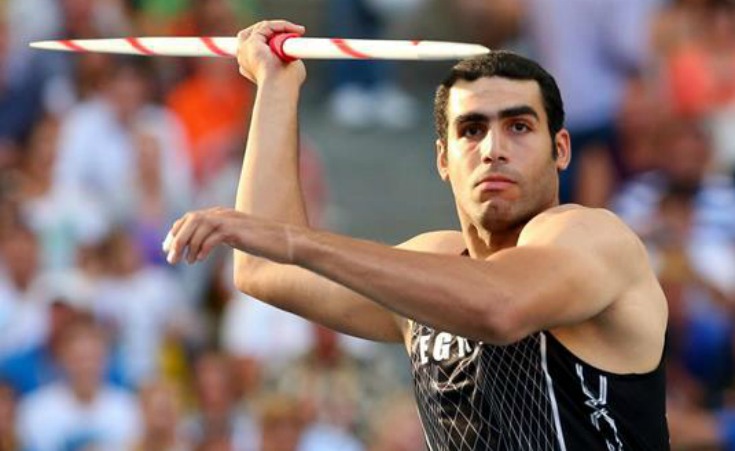 Fighting through blood and tears as they make unimaginable compromises on a daily basis, the Egyptian Olympic players have been gracing their country with astounding accomplishments in Rio de Janeiro. However, our national heroes haven’t been treated the way they’re supposed to be, and people are taking notice.

So let’s talk about only some of those who have been let down by the lack of support from the motherland.

You have probably heard about Egyptian judoka Ahmad Abdulrahman whose judo attire was not in line with Olympic standards. The Olympics Committee therefore kicked out his coach and –unsurprisingly- Abdulrahman lost the match. The incident discloses only a portion of the negligence with which Egypt’s Olympic players have been treated; many are wondering about the whereabouts of the budget that should have been allocated towards ensuring that Abdulrahman was fully prepared for the game.

On a similar note, Javelin thrower Ihab Abdelrahman, who was disqualified from the Olympics for testing positive for a banned substance, called on the support of Egypt's Sports Minister as he allegedly didn’t know about the doping test, according to Al-Ahram. “I need the government’s support, they have to consider me as their son,” the athlete said.

Those incidents, however, did not go unnoticed by Egyptians - including some famous celebrities - who criticized the way the players have been treated and the way situations have been handled, in Rio as well as in Cairo. Instead of applauding the effort and principality of the Egyptian beach volley team’s decision to play in the Olympics covered in Islamic sports attire, Arabs on social media have been voicing their ‘disapproval’. One of them actually tweeted wondering about the purpose of hijab if those female players are jumping in front of men with everything in her body jiggling.

Journalist Tamer Abuarab criticized this on his Facebook account, as he mentioned how Egypt’s weightlifter Mohamed Eihab - who won the bronze medal at the Olympics - was forced to leave his mother alone in the ICU. The athlete, who has been supporting his mother since his father died, challenged all difficulties to be where he was.

Abuarab also ridiculed the Egyptian Ministry of Education for refusing to delay Olympic weightlifter (and medallist as of recently), Sarah Samir’s exams so she can travel to participate in Rio’s Olympics. Abuarab presents those examples in objection to the country’s negligence in providing appropriate attire for an Olympic athlete.

Actor and director Ashraf Hamdi, mostly known for his most recent movie Ishtibak (Clash) has also voiced his opinion on his Facebook account saying that Egypt’s two Bronze medallists would have acquired the gold medal had they been taken care of and supported the way other athletes have. Cairokee Band lead singer and song writer Amir Eid also applauded the efforts of Egyptians currently participating in the Olympics, emphasizing that they have reached this point with their own effort, not thanks to the government's help or support.