Egyptian Olympic Winner Had to Sacrifice Her Final Exams to Compete 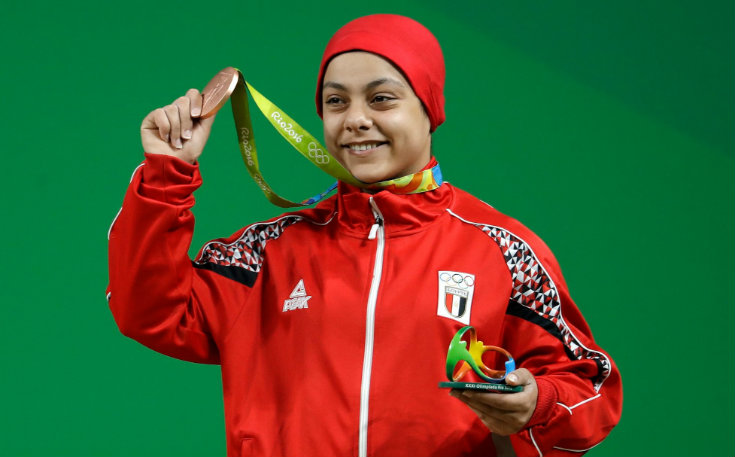 Our newsfeed last night was flooded with the fantastic news that Egyptian female weightlifter Sara Samir won a bronze medal at the Rio 2016 games - becoming the second female in Egypt's history to win an Olympic medal. 18-year-old Samir gave Om el Donia its first Rio medal in the 69kg category after lifting a total of 255kg.

The Olympic Games are time consuming in the sense that many of the athletes spend months, if not years, actually preparing to simply qualify in them. We are incredibly proud of our Egyptian Olympians this year but we just realised that for some, to participate in the Olympics came at a major cost.

Samir had to sacrifice sitting in her high-school final exams just so she could keep on training and participating in the games according to Youm 7, although the young and talented weightlifter is ecstatic about her achievement.

Ibrahim El-Khouly, a member of the Weight Lifting Union, said that the Ministry of Education refused to let Samir take her high school exams in Brazil according to FilGoal. He explained that they had made the request for her to take them in the Egyptian embassy but an official answer from the Ministry let them know that there was a clash in the timings.

El-Khouly praised her capacity to win the Bronze medal despite having had lost her father and sacrificed her exams.