The Land of the Rising Sun: A Country on the Other Side of Egypt’s Spectrum

You might think you're big in Japan, but don't let your ego get to you. Your boss won't like it. 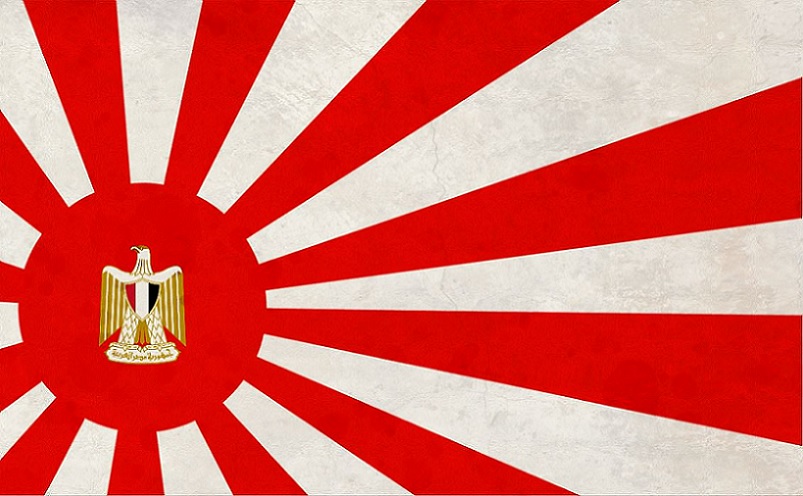 It’s easy to assume the grass is greener on the other side, when all you see is the achievements or the shallow surface of other people’s lives. We usually do it when we’re scrolling through Instagram feeds. However, when it comes to fantasising about what your life would have been like had you lived in a first world country, the possibilities become endless, and we begin to forget how easy we have some of the stuff here in Egypt.

In 2015, I moved to Japan for the second time in my life for a teaching gig. I was born and grew up there, so I wasn't expecting any culture shock, and was completely ready to take on all the new and exciting adventures that I instantly tagged with living alone and living in Japan as an independent adult.

However, there are some things about Egypt that I couldn’t help but miss and even yearn for during my stay in Japan. And just like our Instagram feeds, there’s a lot more to something beautiful than meets the eye. Japanese people have established themselves as a workaholic community. While teaching my students, I heard a lot of insights about their personal feelings regarding their work/life balance – and a lot of them were depressing. The work conditions in Japan are quite strict, and being late to work is something that can set you off into a legit panic attack. Three strikes and you’re out.

Japan has come up with a diligent tracking system: stationing subway and train station masters at every stop, ready to give you a sort of excuse-slip in case the trains were delayed. The trains could be delayed for a number of reasons – from bad weather to suicide, to… well, that’s usually it. Unlike here in Egypt, where anything can be an excuse - from 'My mom got sick' to 'I live so far,' or even better - 'I got into a traffic accident and we had this huge fight!'

One of the oddest things I heard of during my stay in Japan was the 'Black Company Awards.' While the title includes 'awards,' companies usually want to stay void of being given that title. Black Company Awards was coined by a group of journalists in Japan, and is awarded each year to the worst of companies. The list of qualifications includes things like:

Every year, "the most evil corporations of the year" are rallied up by the Labor Ministry, and the CEOs get the appropriate disciplinary action.

It’s easy to get carried away with the workaholic environment, if you have a flex-schedule like I did. Logging a large amount of hours becomes a game, and you sort of begin to forget about your social life. Everyone around you is working anyway, so you leave all the socialising for the weekend – if you have the energy to do so. Socialising isn’t always necessarily kept strictly for the weekend. Drinking is sort of like a pastime for this odd collection of Asian islands, sort of unaware to their borderline-alcoholic tendencies. Overdrinking is normalised and, in fact, encouraged.

While in Egypt, you might go out with some coworkers and possibly for a few drinks if you have an open-minded office space, in Japan it’s often considered a basic duty and a part of the job requirements. The youngest addition (employee) to the office is expected to attend all drinking parties, and laugh and flatter their boss. They also have to pour drinks, like the devoted Senpai that he/she is. Sometimes the drinking parties function as a means to get your boss laid (the employees are hired to attract young ladies to the table, for the big boss to make his move - according to one of my student's stories and one of the teaching institutes I worked in).

Once the alcohol comes out, their wild side comes out too, as opposed to the disciplined behaviour they usually have in the morning. You’ll find some of the wild ones taking a piss in a public street (yes, the street is not a urinal!), and others maybe even jaywalking. Crazy world out there.

And whatever embarrassing thing you do while drinking at a work party is not to be worried about; everything is forgiven and forgotten the next day. Drinking is a huge emotional outlet (and toilet) for many. “Do you have any hobbies?” was a question I had to stop myself from asking several times after returning from my two-year hiatus in Japan. When I began meeting new people, I tried casually throwing that question, only to get a puzzled expression. Hobbies?

Ask any Japanese person if they have any hobbies or weekend plans, and they’ll usually respond with a very structured and routine set of activities that they like to engage in almost every weekend. Some of the hobbies are absolutely bizarre, like dripping coffee and pouring Japanese tea (which is an art), and others are as basic as going window shopping.

Golf is an extreme sport in Japan, and is usually practiced every weekend by corporate workers. Many of my students, when asking them if they had any weekend plans, would moan that they had to get up at 5:00 in the morning so that they could go to yet another golf weekend fun with their coworkers, boss, or clients.

It’s encouraged to have a hobby, there, especially for the anti-social ones. In fact, learning English was a hobby for many of them - young adults and elderly folks, just looking for a person to talk to in the weekend, but never applying their English conversation skills to every day life. But that wasn't always the case.

In Egypt, on the other hand, I realised that people tend to lack concrete hobbies. They're treated more casually, like something you do in your spare time, rather than something you actively seek. Most of the hobbyists I came across in Egypt end up turning it into a career, and the rest just hang out with friends as a hobby, letting out their stress by simply surrounding themselves with friends - me included. I used to look forward to rainy days in Egypt, but in Japan, it became a thing of tedium. Every season has its fair share of rainy days, which does not couple so well with my prone-to-frizz hair. That’s with the added dismay of carrying umbrellas back and forth every day. It's normal to have more than a couple of umbrellas – people forget their umbrellas at your house, or you forget your umbrellas elsewhere. Umbrellas are the number one item you’ll find scattered all over the streets. When it stops raining, people sometimes abandon their umbrellas or leave them forgotten on the sidewalk.

Typhoons, which are basically hurricanes in the Pacific, are not uncommon throughout the year, but there's a dedicated season for that. And just because there's a typhoon, it doesn't mean you can take a day off of work - unless you're coming down with a flu. Everyone is expected to come to work - and oddly enough, people still continued to go about in their day doing their errands and attending their leisurely English lessons, despite the fact that the world is raining cats and dogs outside.

In Egypt, on the other hand, rain falls end up causing an apocalyptic sort of environment, with the roads and traffic at a complete standstill.

Japanese people think it’s hilarious that we here in Egypt don’t use umbrellas on rainy days. When some of my students asked me, I told them that we usually just put a hood over our heads, or run for it (if the rain’s terrible). They also find it amusing that we call an umbrella shamseya, but rarely use it. Perhaps it’s about time we begin making it a thing.

IT’S A BIT TOO SAFE I know, some you are rolling your eyes at this point. Japan is lovely because you can walk out to the streets at any time of the day or night knowing that you won’t get harmed. I’ve seen women crossing pedestrian bridges without a care in the world at 4:00 AM, and people who leave their bags unattended, knowing that nobody will touch them. It got to the point where when I would lose my wallet, I wouldn’t panic so much because I knew it would make its way back to me in a week’s time (and lo and behold, it did – after losing it three or four times).

But then you begin to miss the chaos and the arbitrary lifestyle. Everything is so structured and safe that you can predict how each day will go. You can even begin to predict some of the conversations, because in Japan, people not only like to stay practically and physically safe, but also stick to safe conversation topics, so as to not rile anyone up.

Egypt, though? Well, let's not get started on how safe this country is. After a couple of months staying in Japan and socialising, you'll begin to notice one thing: there tends to be a lack of heated debate and verbal/physical fights. Bar fights are not common, and if you do ever come across one, it's usually started by an expat or a foreigner. Like I mentioned earlier, the Japanese community likes staying safe, and so their conversations (or at least the ones that I've had in my lessons) tends to stick to generic topics like food, the latest movies, and weekend activities.

Whenever I brought up Japanese-sensitive topics like existentialism or politics, the conversations would usually take an abrupt turn (especially if I mentioned anything about the Japan-Korea war). It's difficult to get used to this, especially when here in Egypt any conversation can turn into a debate or an argument, regardless of whether it's with coworkers, family members, friends, strangers, or your taxi driver.

Would you want to live in Japan?

Of course, you should take all of this with a grain of salt. Who am I, anyway, but another first-cultured Egyptian kidult who's generally unsatisfied with life - just like the rest of us.

Let us know your thoughts in the comments!