Yes, we managed to whittle them down to just 10. 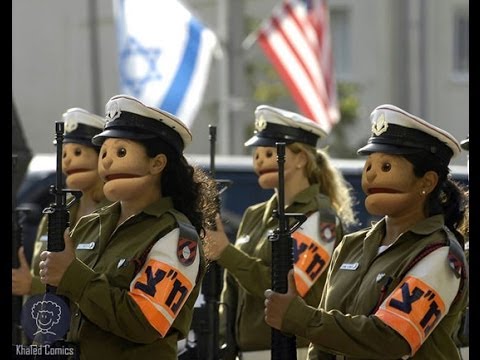 Misinformation in Egypt is rampant. It is almost always impossible to know if you are being told the truth by your government, your media, or even your friends. So without further a do, here is our favourite silliest conspiracy theory that some Egyptians were talking about, while other rational Egyptians simply laughed off.

1- Pepsi: Pay Every Penny to Save Israel. It is still unclear what country started this ridiculous rumour but if we had to guess we would say it was a Middle Eastern country. Then again that is just us theorising.

2- Coca-Cola: If you read it backwards it's "No Muhammad, no Mecca" in Arabic, apparently. This nugget of misinformation is brought to you by someone with too much time on their hands. Clearly Coca-Cola didn't come up with the name and the font style to slag off one of its most important markets... when read backwards. Coca-Cola used to contain cocaine, which is where the Coca part comes from. Case dismissed.

3- In 2001 some outspoken, fundamentalist Muslims claimed that Pokémon was a Jewish conspiracy intended to brainwash Muslim kids to make them renounce their faith. The same groups claimed that the word “Pokémon” is a phrase meaning “I am Jewish” and "Pikachu" means "Be Jewish." Stunningly, people were willing to believe this shit, without knowing what language it is supposedly translated from. Furthermore, Judaism is not a major Japanese religion; if they really wanted to bury messages to benefit them, then Pokémon would have translated to "Buy more Toyotas."

4- Persil: Or "برسيل" in Arabic is "ليس رب" backwards which translates to "No God." Perhaps we could understand this one if Persil was an Arab company. But it is not, so it is hard to believe that the people behind the name decided to go with it because it means something else in Arabic, backwards. This mix up could simply be because we love to replace the letter P with B.

5- Abla Fahita: A puppet that runs a terrorist organisation that threatens to destroy Egypt. It isn't far-fetched to think that the country is being ruled by political puppets, but felt puppets are a bit of a stretch. Then again, in Egypt we are pretty loose when it comes labelling any group that disagrees with us as terrorists.

6- When swine flu arrived in Egypt, everyone was certain that it was transmitted from pigs. The solution seemed easy: kill all pigs. The only problem is that the World Health Organization made it adamantly clear that it wasn't be transmitted by pigs. What do they know, right? Thanks to the mass culling of pigs, Egyptian streets became filled with filthy trash, which we are sure couldn't possible cause illness.

7- Egyptian football: Every time we lose it's a global conspiracy. We love to find excuses for failing, and everytime we do, it is because of prostitutes, bad kofta, or because our coach is a spy.

8- Amr Mostafa: Accusing Pepsi of being involved in the January 25th Revolution, as he interpreted their 125 year anniversary as a reference to the revolution’s date: 25/1.

10- We cured AIDS, claim Egypt's military, using a failed bomb detecting device we didn't even invent. If you really want to hear more about AIDs in kofta, click here.

Here’s our rundown of the hottest destinations opening on Egypt’s North Coast this [...]
Week Month Year