13 Things Egyptians Can't Get Enough Of

Forget raindrops on roses and whiskers on kittens. Here are a few of OUR favourite things... 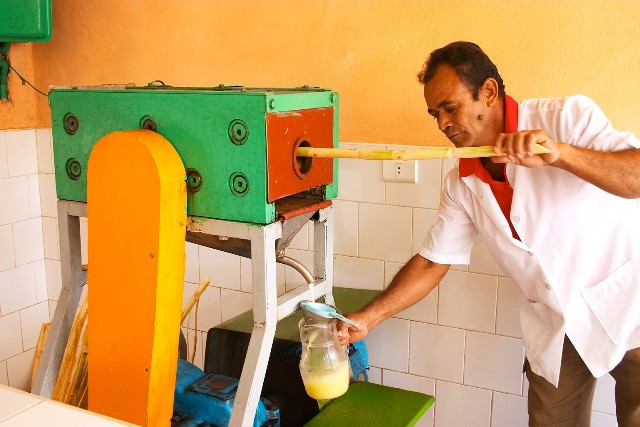 Want to avoid Cairo traffic? Then commute during one of these football matches. Easily the two most popular teams playing the most popular sport in Egypt is all it takes to have you think that the streets are once again under a state of emergency. Nothing brings people together more than hating on other people, which is what Ahly and Zamalek matches do. We hate to love them but we also love to hate them, which why even if you have no love for football you still find yourself in a cafe watching them.

He's El King, never fearing to sing his true feelings that are often shared by millions. You may recogise him from the bumper stickers that grace the millions of cars in Cairo. In fact, we have a theory that the identity of the X-Men bumper sticker is likely Mohamed Mounir.

Until this day, you can find Titanic posters in the ever expanding corners of Cairo. Yes we get that people love Leo, and that My Heart Will Go On is gamed fashkh, but seriously we are bridging on two decades since its release. It is time to let it sink to the bottom of the ocean from where it came, instead of rushing home every time it is showing on MBC2. Quickly! Check the dish... it is on somewhere right now.

From 3aseer asab, to tamr hindi, kharoub, sobia and more, it comes as no surprise that we love our juice bars. So much so that they are as prevalent and widespread as koshks.

Do Ee3eedys actually know we make fun of them? We don't know the answer to that question but we're sure a joke has been made about it.

Jeans have become so skinny and widespread that we assume that Egyptians will realise that it is easier, cheaper, and skinnier to simply wear paint. This is so widespread that we feel confident in saying that the same guys who released an offensive song about those who do wear skinny jeans are wearing them themselves by now.

Because where else in the world can you get snacks AND procrastinate for 1 LE?

Whether it is on a Playstation 1 or 4, any Egyptian has likely played this football game. It is so beloved that opening cafe with a few devices has become a booming and successful business model.

Egyptians young and old are the only people that if they hear a fight going on outside their house, will immediately rush to their balcony with a kilo of leb (see above) and some mango juice (see above) to watch a free street fight. For some reason the last thing they would do is call the police to save anyone from getting hurt. We can't help but think this wouldn't happen so much if Egyptians started fighting competitively in a ring be it local or internationally. Isn't that why WWE is a thing?

It is no secret that Ramadan is a very special time of year for many in this country. Aside from its religious significance, Ramadan has become all about stuffing your face with those you love before falling into a food coma on the couch in front of the highly anticipated mosalsalat. Amazingl, the love for TV shows have gone far beyond just the actors or the programme, but even Ramadan commercials have become so beloved that they are as talked about as the shows themselves. Did you see that Ahmed Helmy advert? Raga2 El Gedawy is funny neek in her new Snickers e3lan. And let's be honest - who could forget those Labanita cows telling it as it is?

Ask any Egyptian what their favourite fruit is and the answer will surely be manga. There are not enough words to describe the sensation one feels when biting into a mango in August, the peak of its season. Deliciously sexy manga in season are so juicy that we recommend wearing a bathing suit and jumping in the banyo just to eat it.

From Basra to Tarneeb and Estimation and more, there isn't an Egyptian household, cafe, or koshk that doesn't have a deck - usually played with a side of leb (see above).
Shebsheb

No matter how gay, straight, or bi, lesbian, transgender, old, young, rich or poor they are, every Egyptian loves to wear a shebsheb as much as they love throwing and dodging them. 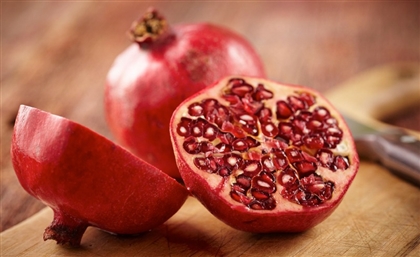 Pomegranate exports amounted to approximately EGP 898 million over this period, a [...] 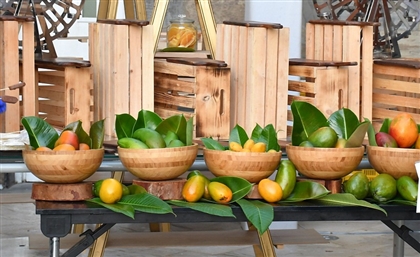 Egypt Finally Gets Its First Ever Mango-Dedicated Festival

Did we mention that this festival is a month-long festival? [...] 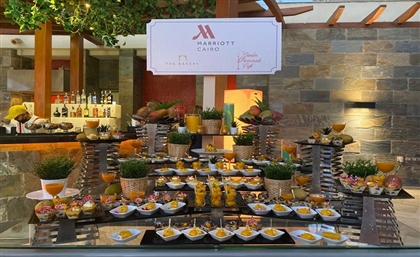 The Cairo Marriott Declares Mango As Its Favourite Fruit

Cairo summer doesn’t sound half bad now, does it? Sorry, Sahelites, but we know how [...]
Week Month Year