Apparently even trying on clothes before buying them is prohibited. 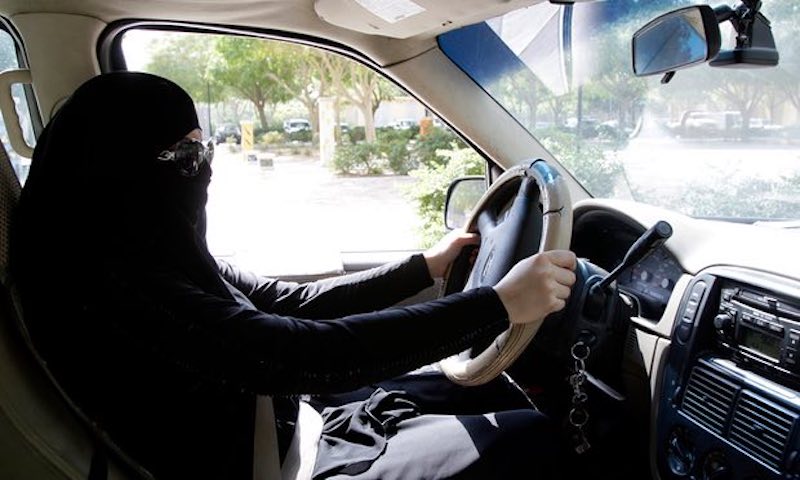 It is 2017 and Saudi Arabia has finally decided women get to have a say in their lives. A recent decree issued by King Salman bin Abdulaziz Al Saud allows women to benefit from government services without getting the consent of a male guardian. This means that under some circumstances, women could get hospital treatment, study, work, and even travel without their male guardians' permission.

In light of this groundbreaking news, we decided to look at what other ridiculous things women still can’t do in Saudi Arabia, simply because they're women. It is pretty common knowledge that Saudi Arabian women are not allowed to drive. Although there is no law prohibiting women from driving, Saudi clerics have argued that female drivers “undermine social values.” In 2011, the Women2Drive campaign encouraged women to break the social restriction and drive, although the campaign did not achieve lasting success. Women in Saudi Arabia are not allowed to use public swimming pools available to men, not even if they're wearing a burqini, and instead, are only limited to private pools or women only spas, according to The Week UK.

Try on Clothes in a Fitting Room That’s right, it doesn’t matter that fitting rooms are private and hidden, just the mere thought of a woman taking her clothes off is enough to send the government in panic mode, so all you can do is hope for the best. Women can only go to places that have a curtained off family section, as gender mingling is a big no no in the kingdom! Forget about wanting to support your favourite team, or even the national team of any sport, if women want to watch a sporting event, they must do so through a screen. Saudi women are forbidden from becoming judges or holding high government positions, according to Onedio, because who would want justice to rest in the hands of sentient, intuitive beings who are perfectly capable of crafting rational and well thought out arguments!? Women must limit their interactions with men they are not related to with most public spaces such as offices, banks, and universities. Most facilities in the kingdom are equipped with separate entrances for men and women, according to The Telegraph.