With a growing population and increased pressure on the Nile's resources, it is important to remind ourselves of the ways we waste Egypt's precious waters. From Tarawa to inundating your entire apartment building with water because it's cleaning day, here are the 7 bad habits we need to kick. 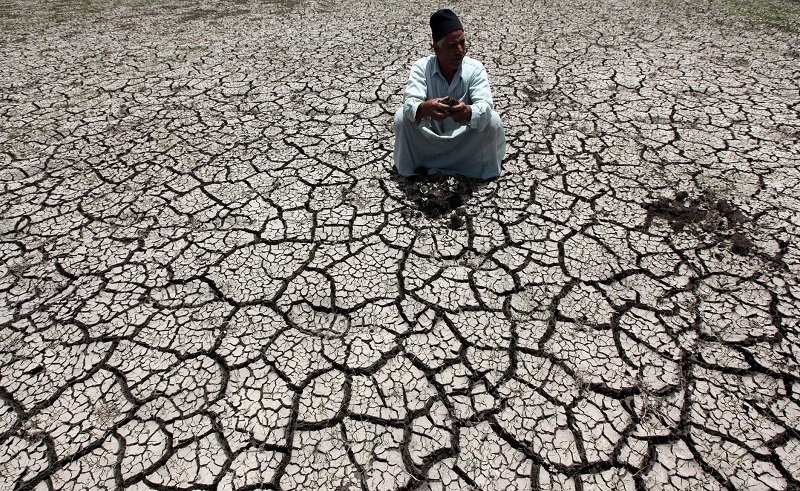 A lot of stress has surfaced in recent years over the dam currently being built in Ethiopia, the source of the Blue Nile which provides the Nile River with most of its water. Media hysteria and sensationalism has caused many Egyptians to believe that the dam is going to significantly reduce the amount of water running into Egypt and even cause a drought.

Unfortunately, these unsupported claims have led to a number of highly problematic knee-jerk reactions, including calls for war, threats of violence, and even racist attacks against black Africans within Egypt.

Some have claimed the dam won’t actually have a negative effect on the flow of water to downstream countries, as long as Egypt takes radical measures to reduce the amount of water it wastes, and starts investing in alternative and sustainable water resources.

There are a number of practices which are carried out very casually in Egypt which waste an enormous amount of water. These practices are neither necessary nor essential to Egypt’s economic or human needs. They are all strictly for luxury. We’ve compiled a list of some of these practices which, if we seriously tackle them, will manage to ensure that Egypt has plenty of water for agriculture, industry, and most importantly, drinking. Up and down the country, the sight of a person holding a hose and aimlessly spraying water everywhere is quite common. They’re not doing to clean the ground or wash away anything. The reason given is that the act of spraying water all over the street apparent “cools the weather”. Another reason given is to make sand and dust stick to the ground so that it doesn’t fly up in the air as people and cars walk and drive past. There is no scientific or experiential evidence to support the claim that wetting the ground with copious amounts of water improves the state of the weather. God knows how many millions of litres of water this practice wastes, but the government ought to ban and impose harsh penalties. Thanks to a crippled public transport infrastructure and lax licensing regulations, there is a very high number of cars in Egypt. Being a desert country means these cars get dusty very quickly, and a significant number of car owners like to keep their cars clean at all times. If you own a car, you know very well the amount of water it takes during just one session to wash it. Car washing facilities don’t try to use any methods which save water, or gather their used water for recycling. This use of water is entirely down to aesthetics and certainly isn’t a necessity. In a time of water poverty, we can afford to have dirty cars. All around Cairo and along the North Coast and across Ain El Sokhna, there are at least hundreds of square miles of gated communities that harbour some of the most thirsty landscapes in Egypt. Massive golf courses and parks suited for more European climates dominate these residential compounds and resorts. The front and back gardens of the villas within also need massive amounts of water to stay green. Meanwhile, there is little to no interest in desert landscaping, which has only just started to pick up in recent years, yet it is still to catch on as the norm. We don’t need golf courses and we certainly don’t need to have the same gardens that European households do. There are plenty of species of plants that thrive in much drier conditions. All water that makes its way on to the street, either due to human reasons or when it rains, is wasted because there are no storm drains to collect the water for recycling. It only takes a few minutes of rainfall for Egypt’s streets to flood. No infrastructure exists to collect that water for reuse.

We don’t recycle our water

This brings us to our next point. Very little to none of the water we use is recycled for other purposes. Some of it is purified to water gardens and parks, but none for drinking or desert agriculture.

Most of the farms on the edge of the Nile Valley and Delta don’t use their own sources of water. Water is irrigated from the already strained Nile River. In fact, the desert farms of Wadi El Natrun are so water-intensive thanks to the aridity of that region, they are causing a serious level of depletion of water downstream in the Nile Delta. The rice paddies of northern Egypt frequently suffer from a lack of water and agricultural run-off from farms upstream. Very few of these desert farms have invested in getting their water from alternative sources such as groundwater, desalination, or the use of dehumidifiers. If you ever take a look at how most people wash their floors, pavements, and buildings, you’ll notice the massive amount of water and soap they use to flood the entire place. Once they’re done cleaning, it doesn’t look that much cleaner from before. This happens due to the widely held misconception that if you just throw water at something, it will magically become clean. Removing dirty and dust requires tedious and meticulous work, and can be done with far less water.

Addressing these seven key areas collectively would reduce Egypt’s water consumption by leaps and bounds, and with further technological research and international cooperation, take Egypt out of its current state of water poverty. This can only happen if there is a high degree of social awareness and political will to tackle the problem.