I never used to have a bawab, so naturally it was a difficult transition to move into a building and be adopted by an Egyptian father. 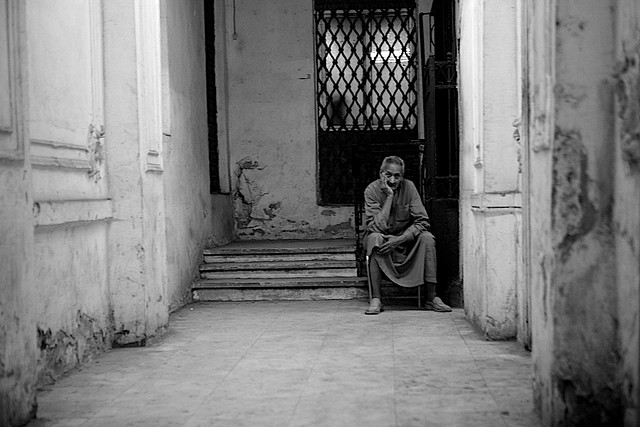 By the way, the bawab is much more nosy and judgmental than my American father who was more or less satisfied as long as there were As on my report card and (self-made) money in my bank account. My roommates did not inform me that he (the Egyptian Dad) would be such a pain in the ass…maybe I should get a discounted rate on my rent. I ran into a major problem with guests, which I will explain in detail below. Then I found the solution to my bawab problems. It was not reason, logic, or charm that did it. It was a beer!

Long have I believed in the magical qualities of beer. A drink that brings people together, beer has been making life easier and more enjoyable for humanity since its initial creation somewhere and sometime in the land of the Pharaohs. Got problems? Have a drink and tell me about them. I promise you will feel better after. Give someone advice, and they may scorn you forever. Give them a beer and they will love you forever.

So what problem of mine did beer solve? Well, my bawab made the bold declaration on my first day in the apartment that Egyptian and female guests are not allowed. What? I felt like I had just entered a little boy’s tree house with a sign on it saying NO GIRLS ALLOWED. And no Egyptians?… Umm…we live in Egypt. And you, my dear bawab, are Egyptian so you may have to excuse yourself from the premise immediately. I am a stubborn student of Arabic and have some amazing friends who do not speak English. I did not come to Cairo to live in a little foreigner bubble and spend all of my time with foreign males… that sounds terribly horrifying. So what did I do? I went ahead and invited my Egyptian friends up to my apartment, despite the pathetic protests of my bawab.

Lord have mercy on me and my wicked ways! The bawab called my landlord and said I was having a party with a bunch of Egyptians. The owner, equally suspicious of his own kind, immediately thought that Sodom and Gomorrah was coming back with a vengeance in his rental apartment. All hell broke loose. We had a visit from the landlord and an apartment meeting about respecting the rules of the building but working around them with some tact. Forget that. I just went down to the local liquor store, a real neighborhood speakeasy (looks like a store that sells antique radios, but they have a few fridges in the back room), and grabbed a couple of beers. On my back into the building, I asked thebawab if he enjoyed a beer now and again. His eyes lit up like Christmas, and I knew I had him at “beer”.

So I casually slipped him a nice, big Saqqara Gold, and he secretly placed it in the drawer of his desk. Since then, he has been my biggest fan, friend, and advocate in Egypt. The other day he told me that Egypt is enlightened by my presence. Yesterday, he said I must never leave Cairo (real meaning: keep bringing me beer). Most importantly, he said that I can have any guest up to my apartment as long as I let him know before hand (and keep a modest stream of beer flowing his way). Sometimes, it pays to just go with the stream. He may be woefully incorrect, and I may disagree with every word that he says, but I’d rather just give him a beer and not have to deal with it.