The iconic Converse Chuck Taylor is never hard to find. In fact, we found at least seven pairs on the feet of the MO4 team just today. This got us thinking... 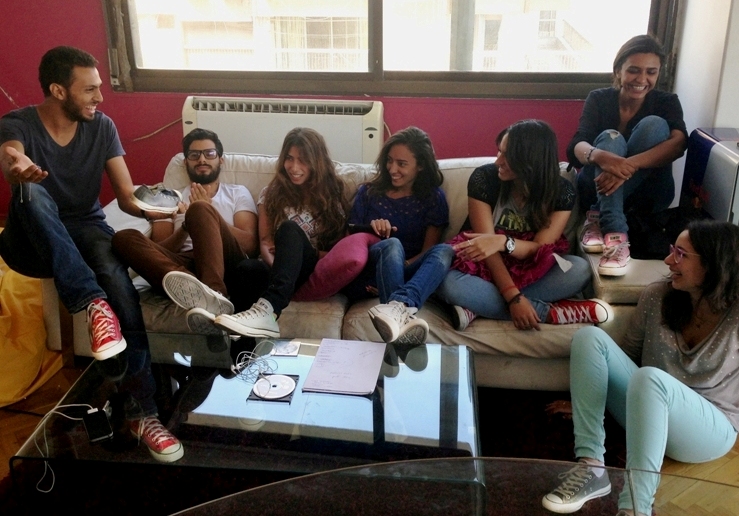 Everyone has a pair, and that's barely an exaggeration. Look into your cupboard and you'll most likely find them lying there in unassuming glory, tattered and bruised, defaced and worn; a trophy of those little adventures that have made your life what it is, taking up that space between you’re here-today-gone tomorrow loafers and the path less travelled. Everyone has a pair of Chuck Taylors and there’s probably no other shoe in the world that has equal charm whether weathered or fresh out the box. It’s the only pair of shoes you own that let you fit in whilst standing out.

It’s kind of incredible how a brand like Converse has lasted since a basketball player called Chuck Taylor wondered into the Converse factory complaining of sore feet in 1921. The sneaker has managed to diversify its reach without changing its classic style, becoming the iconic casual shoe that it is today and a favourite among artists, musicians, models and more. It would be pointless to start listing the famous names who chose to don the famous All-Star but let’s just say, if they were good enough for Kurt Kobain…

Having had a look around the MO4 office at time of writing this, it’s easy to see it’s also a favourite here; pretty much everyone is wearing them or has a pair back at home, so we wanted to get a bit cosy with their Converse and find out what it is that’s made them a staple in their wardrobe?

“My first pair of Converse Chuck Taylors were black on black on black. Black canvas, black rubber and black laces. I thought I was pretty badass and wore them pretty much every day for two years until they started to tear. No worries, I thought. I'll make this work. I continued to wear them but much less frequently. In fact, I only wore them when my favourite pair of shocking pink socks were clean because, in my badass days, I though having my pink socks showing through my dark and mysterious shoes was the epitome of cool. Then my 18th birthday came around and my friends presented me with a box. "Dalia, we have to tell you something…” they said as I unwrapped it to find shocking pink Chuck Taylors. Message received guys! I've had them for seven years now and still going strong.”

“Ever since I purchased my first pair of Converse shoes (or Chucks as I like to call them) my mum called them 'clown shoes'. Until this day she still thinks they look like clown shoes and doesn't get the hype. Honestly, her mild disapproval encouraged me to wear them even more.”

“I bought my first pair of Converse five years ago. I spilled coffee on them, scuffed them up, had to change the shoelaces a couple of times but I still have them. They’ve somehow become my friends. I don’t have many friends…”

“When I was in school, I was very into football and I always had bad luck when it came to scoring goals during sports lessons. After I got my Converse, I was scoring as many goals in one match as Captain Maged did in a season!”

“I remember the first pair of Converse I purchased. I was 16 at the time and I got a pair of classic black high tops from this quaint store in the Brighton Shopping Lanes in South England. I was quite in to Punk and Electronic music at the time and a few weeks before, I had formed a one-man-band in which I donned a golden fox mask and blasted out incoherent beats from a music box called a 'DJX' which infused these two musical genres. With my new kicks, on I stepped up onto the stage at the Concorde 2, a concert hall right by the Brighton coast, with a capacity of 300 people. I was nervous at first but I gave it all I got. The 16 people who went were not very amused. At least my feet looked cool...”

"I saw Waleed on stage and I thought he looked pretty cool."

“I bought my first pair of Converse Chuck Taylors when I was 13 years-old, after watching a movie on TV called The Red Sneakers. The boy wore magical red Converse shoes that made him excel at basketball only to find out at the end of the movie that the ability was in him all along. After buying a red pair AND a black pair, my basket ball skills still sucked as much as I did when I played barefoot.

“While I was in Europe this summer, I went to my first festival ever. It was 12 hours long and I was super excited. A few hours and many beers later, I realised that the shoes I was wearing weren't very festival-y. My feet were killing me and I had blisters everywhere. I contemplated walking barefoot but I then I saw a dog pee on the grass and drunk festival-goers spilling their beers everywhere so I decided against it. To my luck, right next to the festival was a shoe store that sold Converse. I hurried out of the festival, bought the shoes and ran back just in time to see my favourite artist perform. Thanks to the shoes, I was able to survive the next 8 hours of the festival without having to step on dog piss.”