The top twelve differences between dating a man... and an Egyptian man 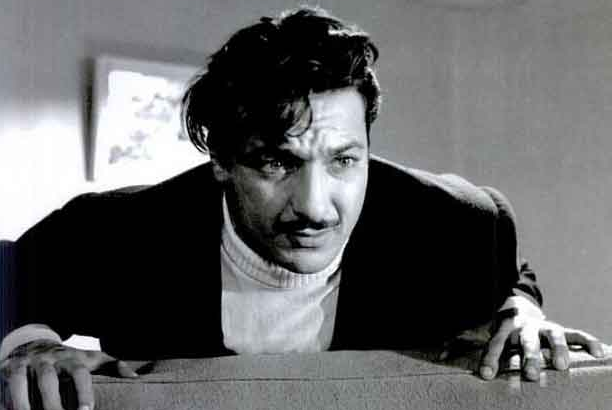 1. A man knows what he wants and goes after it no matter what and is strong minded and ambitious, with his career being the priority in his early twenties. An Egyptian man is still living with his parents and spent his university days trying to be the most rewesh. As such he will be a party organiser into his late 50s but that’s fine too because he will zabatek with a lifetime of free drinks and entrance.

2. Following up on that, a man plans for his future and realises he needs to have a foundation for a family one day. An Egyptian man is an extreme bad ass and does not need to worry about such frivolities. What’s more important is which club he will go to with his girlfriend that night and which afteraya he will go to by himself.

3. A man will look for a woman who is intelligent, independent, caring and someone who will challenge him to be better. An Egyptian man looks for a glorified pet, a woman that will heel and sit on command who looks good in a tight dress (not too short).

4. When a man meets a women he will make the effort to get to know her properly, take her out on an actual date to a restaurant or for a coffee. An Egyptian man will add her on BBM or What’s App and then arrange her to meet him and a load of his friends at a club, so he can look rewesh going in with the girl, hopefully get her drunk and make a move on her when he has to drive her back in time for her curfew.

5. A man understands the need to be courteous and gentlemanly and lets the woman know that he can take care of her but she doesn’t need someone to. He will always offer to pay for dinner but won’t constantly force the woman to put her wallet back in her purse as the relationship continues. An Egyptian man will insist on paying for every little thing or he feels he is a khawal. He will also shower the woman with expensive gifts in order to make up for his lack of penis personality.

6. A man is emotionally aware and when things are not working out he will discuss it openly and honestly with the woman. An Egyptian man will go ahead and hook up with other women in the same circle because that makes him a player and gamed neek. When confronted with the issue, he will blatantly lie or tellher that it was the other woman who couldn’t resist him and it's not his fault he's gamed neek.

7. A man is comfortable with his woman going out by herself or having fun with other friends, even if they are guys. An Egyptian man will start a fight with any man who so much tries to talk to his woman when they’re out. He will then yeshkhor all over the woman and may even get physical.

8. A man uses social media as either a tool for work, or to keep in touch with distant friends or not at all. An Egyptian man uses Facebook to be friends with as many hot women as possible and post pictures of his holidays, drinking with blondat to make other women jealous. If his woman so much as likes the status of another man… aha, sharmoota.

9. A man understands that sex is a natural and beautiful thing and sexual chemistry is important in a relationship. He is understanding of other people's morals, and knows that just because a woman has had previous sexual partners does not make her slut. An Egyptian man holds himself to complete double standards; he will spend his life planting the seed wherever the soil seems favorable but when it comes to a ‘serious’ relationship or marriage, the hymen must be well intact.

11. A man’s decision on who he dates is based on his own preferences and how the woman makes him feel. When a woman gets involved with an Egyptian man she is getting involved with his whole family. An Egyptian man, despite the hard exterior, is usually a smothered mama’s boy and his relationships are often dictated by the parents. It’s their choice not his: if they don’t like the woman based on her religion or background they will happily find him someone else to get married to. An Egyptian man usually adheres.

12. A man loves a motivated woman with ambition and it makes a difference to them if the woman is driven to make a career for herself. An Egyptian man will pretend to care what career the woman has but is usually condescending and doesn’t expect any women of his would have to work.