Ethics of Recipro-City: The Day I Tried To Be An Expat

Full of hope, confidence, and excitement, Mouwafak Chourbagui tried to move to Paris this summer. He failed miserably. 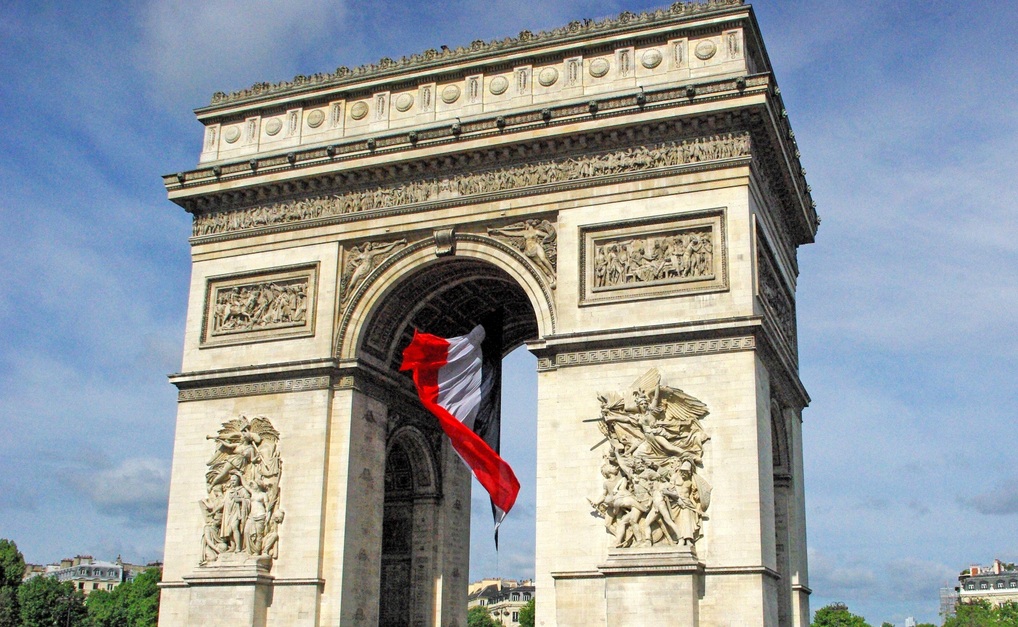 This summer, I found myself a man in a foreign land. Unaccustomed to my new predicament, I felt lost and ill at ease, unsure about the customs I must adopt to fully acclimatise to my new surroundings in Paris. I was hoping to move here for a while and didn’t want to rub people the wrong way so I decided to reproduce what I did know: how foreigners act in Egypt. This was my only reference and it turned out to be a complete catastrophe.

Mission I: Blend In

I woke up at 10 AM to a moody Paris skyline and went for a stroll. I was hoping to take a picture with a poor French kid and post it on my Facebook profile. I took the metro and went as far away as possible from the posh marshmallow center. An hour later, I finally arrived at my destination. As soon as I exited the station, I had to shove the first five poor kids I saw out of my way; they resembled me too much. I did manage to find a few wandering Gypsy kids but they didn’t look local enough to satisfy my yearning for the perfect exotic snapshot. After almost giving up, I finally stumbled upon El Dorado in the shape of Gustave, a young, frail, blonde-haired, blue-eyed Frenchie with dirt under his fingernails and rubber shoes enveloping his feet. Picture perfect. As I approached him for the golden selfie, a lady sporting a Marine4TheWin t-shirt started yelling at me, threatening to call the cops if I don’t move away from her son. I explained that she needn’t worry; I was Egyptian not Saudi and all I wanted was a picture to prove to my virtual peers that I am a citizen of the world with a heart of gold. I was even gonna hastag it with a #TropMignon. My plea had no impact on her reaction so I ran away and took refuge in a nearby kebab shop waiting for the storm to pass.

A couple of hours later, I decided that it was time to look for an apartment. From my experience back home, I assumed that landlords preferring foreigners to locals was a universal custom of hospitality. I wrote down the address of “my coup de coeur” on my notebook, slid my Egyptian passport in my back pocket and roamed the streets of Paris full of confidence, high on my brown privilege. When I arrived at the apartment, I didn’t even pay attention to the other candidates touring the place. I ran straight towards the landlady, flaunting my passport in the air in a sign of victory while beating my chest with vivid passion like a gorilla after a threesome. She told me to calm down and to stop waving a mini version of Muammar Ghadafi’s autobiography. I explained that I was a foreigner and ready to move in next week. I expected her to smile and invite me to sign the contract but instead she laughed hysterically like an armpit on cocaine. The red carpet I thought I was standing on was swept from under my feet and I landed on a pile of rocks. Do you have a residency? A job? Pay slips? Insurance? A guarantor? I was bombarded with questions and started to feel a panic attack creeping in on me.  When I told her that all I had was a tourist visa, she promptly showed me the door and pointed to the hotel in front of it. The French candidates could barely contain their giggles during my walk of shame out of the apartment.

I was bruised but not battered. I figured that if I found a job, I should be able to obtain all the papers I needed and finally settle in nicely. After all, I was sure they overpaid foreigners here too. I decided I’d try and write for a living. I managed to land an interview with Le Monde through a French journalist friend based in Egypt. I put on some flip-flops and went to meet my interviewer.

Interviewer: So I was told by our mutual friend that you are interested in covering the Middle East. We already have someone for that but we can offer you an unpaid internship here until your visa expires.

Me: Oh… No no I was more interested in covering the local news. I think I am perfectly qualified for that.

Interviewer: Really? What makes you say that?

Me: Well I don’t speak the local language, I don’t understand the subtle dynamics and characteristics that shape the region but I am brown and I have a degree so I am sure that writing from an Arabo-centric prism about Camembert affairs will enlighten the minds of your international readership.

Interviewer: Oh I see… and so what is the point of having French journalists in France?

Me: To be a footnote at the bottom of articles of course! Unless they were educated in the Arab world and digested our narrative; then, they could have their own column.

Interviewer: Listen marron glacé, I think YOU are a footnote at the bottom of France.

I was stranded to the spot. He was right. I was a footnote at the bottom of France, along with the immigrants, the refugees and the SDF.  How did this happen? How come it’s not so easy for a foreigner here like it is in Egypt? How am I not a crème de la minority?

Then it hit me. I am not a citizen of the world. This term was only a privilege for those with freedom of mobility. My fate was glued to the limitations of that which I did not choose. Nobody wanted to hire me. The only income I made was by washing dishes and selling an article entitled “10 Reasons Why the French should Embrace the Shatafa” to Paris Scene.

My visa was about to expire in a week. I was now broke, depressed and paperless. I had to leave. As the plane took me away from the City of Lights, a tear landed on the proud eagle of my passport as the voice of Yasser Hassabo singing, “I’ve traveled a lot and came back to Egypt Egypt,” goaded me back home.