Kurt Galalah has never shied away from a bit of spandex, so we set him the task of finding out whatever happened to the Power Rangers, and what they're doing now. 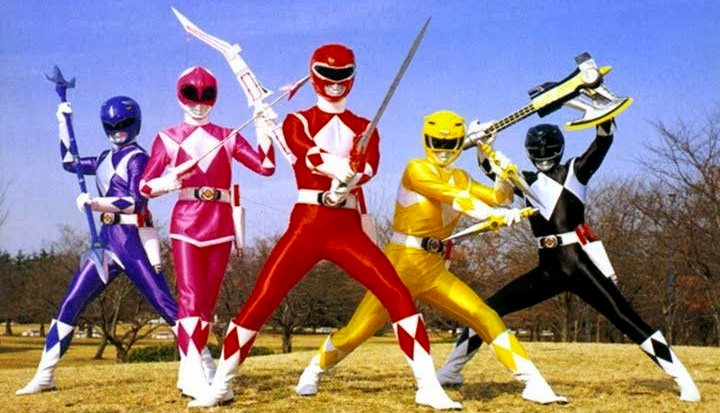 The Power Rangers were every kid's favourite superheroes. Our kid-selves wished to be one of them, and why not? They had the most fabulous outfits (that also came in different colours) and Zorg and his posse of bad guys always seemed to be polite enough to wait for the Power Rangers to morph into their uniforms and get their weapons before they attacked. We watched them more than Barney and we always tuned into reruns and sang the theme song at the top of our lungs. But have you wondered where are they now? Are our once role models still role model-y? We’ll see...

Walter worked as an entertainer, professional dancer and assistant cruise director on a cruise ship line. We are not sure if all these job titles are just codes for a more exotic profession but what we do know is that he also participated as a dancer at the 1992 Barcelona Summer Olympics! That may be 22 years ago but if we don’t see Walter strutting his stuff in Rio 2016 we will be disappointed!

Jason is actually an MMA fighter now and has been inducted into the World Karate Union Hall of Fame. And he’s won shitloads of belts and stuff like that - Zorg would shit himself now if he saw all his awards! Especially his Guinness World Record last year for most pine boards broken in freefall.

Of course there had to be a gay Power Ranger! It was originally thought that Yost had left the Power Ranger series due to insufficient pay but the apparent truth came to light in a 2010 interview with the Power Ranger fan site No Pink Spandex. David claimed that he left the series because he could no longer handle harassment by the production crew about his sexuality. He now campaigns against homophobia and... he’s also a professional gymnast! Well, a girl’s gotta keep her hand in.

One question that remains unanswered is why was the yellow Power Ranger Asian and the black Power Ranger black? However, aside from a little homophobia on set and a whiff of racial stereotyping, we loved them!