How Not to Read The New Yorker

Growing up on Wikinotes and edgy music sites, Timmy Mowafi has often shied away from the high-brow literary scene. Until now. 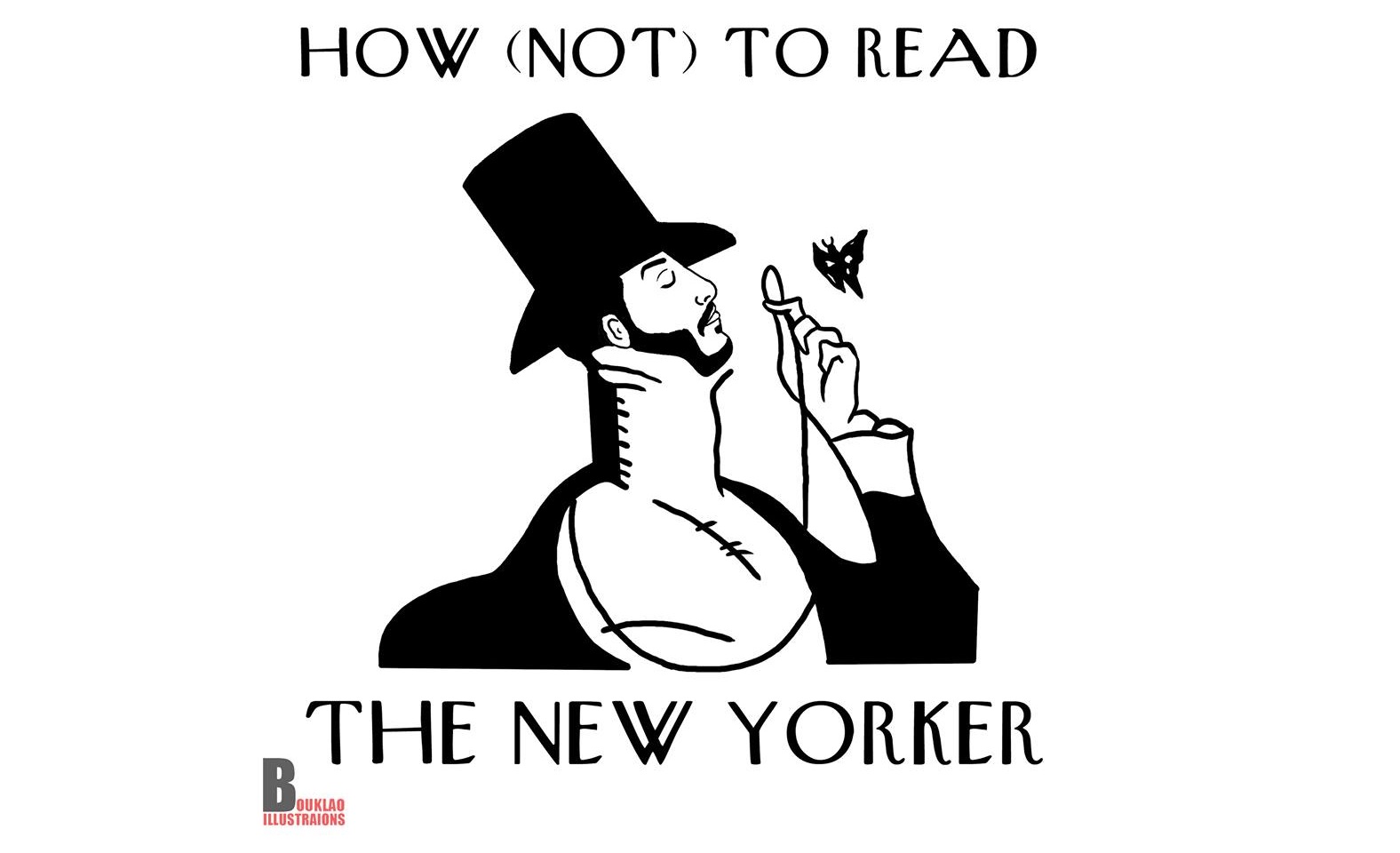 Intelligence has always confused me. That’s a baffling oxymoron of a sentence in itself. Although genetics play an obvious part, I assume that IQ is mainly down to what we are exposed to in our early years and, since I grew up on a diet consisting mainly of football and watching fucked up cartoons, and my literary sources were exclusively Wikinotes for English coursework and football player autobiographies where good syntax is sparse and the words are enlarged to fill up the book, I have made a conscious effort over the last couple of years to read a lot. Anything from classics like Kerouac, Wilde, Kafka, Camus and Burroughs to essays on psycho-cybernetics and religious dissonance in art.

However, I still find my consumption of words these days revolve around popular websites like Vice, Pitchfork or Hypebeast, but it turns out there is a world outside of that whose energy runs on HUFF Socks and droned synth/techno/experimental Indie tunes. I still check the football news every day, even though I know every article about a transfer is the staff writer’s way of getting enough hits to keep his job, no matter how deep up his teez 7amra the rumors came from (sorry I have a bit of journo hate, thus I sort of hate myself as I’m only sort of a journo).

The first time I probably heard of The New Yorker was in this intercut Family Guy sketch where the punch line for one of their illustrations is “It takes Juan to know Juan.” I get it but I didn’t get it.

A few years later I found it on a train. I was confused by (possibly my own intelligence,) the long words, quaint cartoons and abundance of entendre. I felt like The New Yorker was doing a number on me. It took me about two sentences to chuck it away and put my headphones back in, blasting Emo music and pretend I wasn't pretending to be insecure. The New Yorker is undoubtedly the epitome of high-brow, and covers everything from politics and culture, books and theatre to architecture and music. It is not a publication to be taken lightly, skimmed through on the toilet, or read whilst waiting for Nader New Look to cut your hair. It’s the kind of magazine whose readers belong to a special club that discusses particular articles that read like scientific journals written by Pulitzer Prize winners over caviar at dinner parties.

I’ve always felt this condescending, you’re-not-intelligent-enough-for-this aura around the magazine; a feeling that is epitomised by Eustace Tilley, their aristocratic, dandy logo and mascot. I think, as a rule, if you’re intimidated by the fictional character on a publication’s logo, it’s probably not for you. Note to Penguin books: I’m not afraid of you anymore.

Years after watching that Family Guy sketch and reading The Teachings of Don Juan, yesterday I finally got the joke. Not the straight forward “Juan sounds like ‘one’” but that it was relevant to Carlos Casteneda's revered but essentially glorified tale of a guy getting stoned and finding himself. Or maybe it has nothing to do with that and I was intelligibly confusing myself again? Either way, something in my brainbox clicked – I connected the dots and the entendres.

It was time; I was ready to read The New Yorker but, as most things with me, it was all or nothing. So last night, I sat down (got a little stoned) and read every single article in the latest issue.

Now the trick is, as a beginner, to know not to push it. Don’t try to go for the deeper meanings, the triple entendres or the seldom-seen quantum entendres. Stick to the doubles, the singles; the duces and the ones. One must take their time and not have it interrupted by frivolous Instagram browsing or matches of FIFA 2013. You have to slow down and actually read it – digest it and lovingly, as if it were a perfectly ripened piece of fruit. The punch line at the end of the first article I read about a mathematician at the beach whittling everything down to an equation was: “but damn if my suit isn’t topologically equivalent to Brad Pitt’s!” It was a ha-ha-yes-quite, monocle-to-the-eye quip if ever I heard one, and it made me laugh. The New Yorker made me LOL. I felt pretty damn good about myself but, after reading it all, front to back, I’ll be honest. I don’t remember half of what was being talked about and I don’t feel particularly smarter, but I can say I do read The New Yorker and isn’t that the point?

Timmy Mowafi decides to be a disk jockey, and dives straight into the deep end... [...] 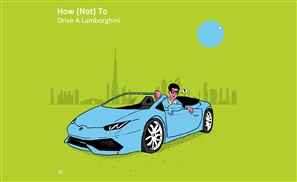 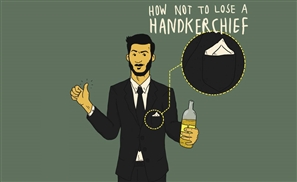 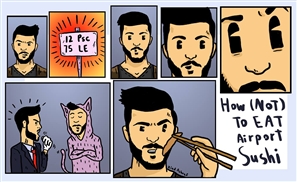 How (Not) to Eat Airport Sushi

A metaphysical journey through mind and belly as Timmy Mowafi gets caught between a [...]
Week Month Year