Le Pacha West is the Best 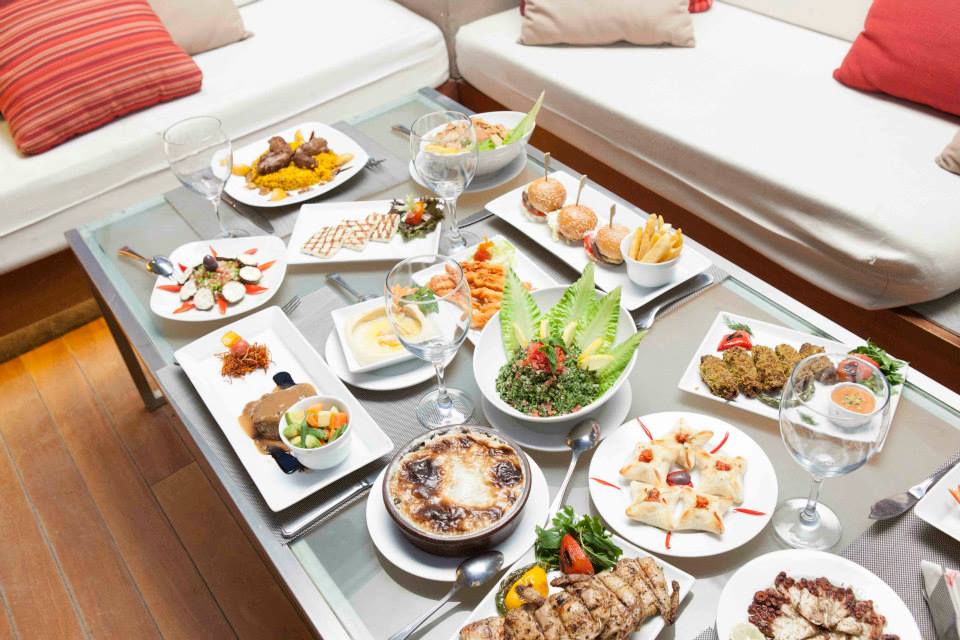 Those who know me, know one thing about Eihab Boraie: I love to criticise. I have been a writer for years, but have spent even longer in and out of the kitchens of Canada working both front and back of house. On Thursday, I came into the CairoScene office and was asked if would be willing to review the Pacha 1901 West at the Akran Mall in 6th October. I jumped at the chance, rounded up some willing friends, and got ready to tear the restaurant apart. Only one problem with that plan; almost everything I saw, ate, drank and smoked were perfect.

We arrived at Carlo’s, which, alongside Piccolo Mondo and good old Johnny’s, make up Le Pacha 1901 West so far, and I was instantly struck by the airy and comfortable setting. Almost immediately, I was greeted by a very helpful service staff asking me if I would prefer to sit on their proper tables, or on their comfy couches. I found out through the staff that all the food was coming out from one kitchen, so I asked if I could make a special request to sample foods from all the Le Pacha 1901 West restaurants. To my surprise in a very short period of time our table was filled with sushi, Italian, and Oriental appetisers. Usually when I hear a kitchen is doing multiple cultural cuisines I become very sceptical. I am a true believer restaurants should stick to one cuisine and perfect it, yet Le Pacha 1901 West has exceeded expectations on this front; ALL the dishes turned out great. Classics such as Fattoush and Homos were on par with the finest restaurants. Absolute highlights included a Kibbeh Nayeh that was perhaps the best I have ever had in Cairo (my Aunt Halima would have been so proud). The Green Dragon sushi roll was expertly prepared, and the Salmon Sashimi was so fresh I could still taste the salt water.

As soon as our interests were turned to the wonderfully creative shisha flavours (Blue Mist anyone?), the appetisers were cleared and the table was cleaned for the main event: the entrées. Again we decided to try a variety of dishes from the different restaurants, and once again we were not disappointed. The stand out dishes included the absolute game changing Pigeon Risotto, while both the chicken and meat shawerma sandwiches were uniquely conceived, and could stand alone as options for lunch or dinner, or be split as an appetiser.

After a well-deserved break, I asked if would be possible to get desserts at Johnny’s bar,and the helpful staff were willing to oblige. With three rotating DJs playing any given night, the music (albeit a touch loud if you want to socialise) is varied and as fresh as the food. Notable mentions go to the house sangria and the Johnny’s cocktail, which we enjoyed sipping after the meal. To continue with our evening of excess, we didn’t skimp on the desserts; we went with Konafa (a staple in my books)and the Meringue with Marrons Glacées. My wife, pastry chef by trade, loved both, and was especially impressed with the various textures and flavour combinations that were presented.

I was so impressed with the experience that I asked to talk to the man responsible for the vision of Le Pacha West. Within in minutes Omar El-Sersy, the CEO, came out to talk to me directly to address any concerns I may have had. Relieved to hear that I was enjoying myself immensely, I gave away my cards and told him that I wanted to write about my experience. Upon hearing this he asked me if I would like to take a tour of the back of house. Expecting him to just introduce me to the chefs, Omar went much further than that and proceeded to take me through just about every nook and cranny, treating me as if I was the health inspector. Honestly speaking, it was among the cleanest back of houses I have ever seen, including kitchens I have worked in Canada.

From front to back, the execution of any of the restaurants at Le Pacha West guarantees warm, comforting service coupled with the cleanest, tastiest food I have had in Cairo. I look forward to the completion of the other restaurants – L’Asiatique, On Top and Le Steak are all coming soon. In the meantime, if you’re looking to cater an event, or a place to watch the game, Le Pacha 1901West is the ultimate destination…and if you are like me and love karaoke, then Tuesday nights at Johnny’s shouldn’t be missed.