Let's be honest. Most of us smoke hash, or have at the very least given it a go. We came across a campaign to have it legalised in Egypt and we speak exclusively to the founder - a doctor, by the way - to find out more about the phenomenon. 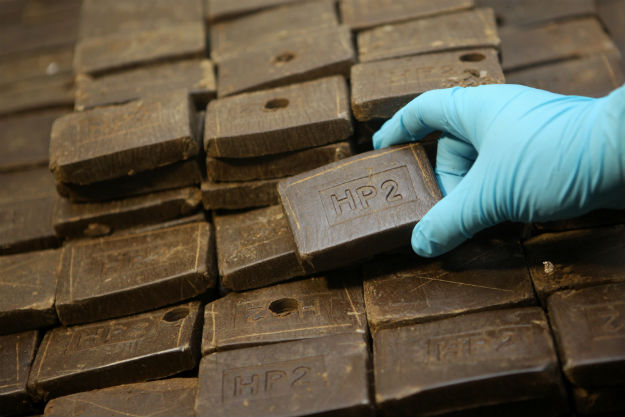 In a few US states, weed has already been de-criminalised, while in others, medical marijuana is the norm. Meanwhile in Egypt, everyone from the bawabs to the bashas are smoking hash and have been doing so for centuries, so why is it still illegal, when alcohol and cigarettes are legal? Could Egypt be the first country in the Middle East to de-criminalise that sweet, sweet chocolate? We talk to the man behind the 'Legalize Hash in Egypt' campaign on Facebook - a doctor nonetheless - to find out more about the perception of hash, and also get some handy tips for the stoners amongst you...

Why do you believe hash should be legalised?

Because it is a natural product, not unlike tobbacco and alcohol, and has less harmful side effects than them. Also legalisation will disrupt a lot of the criminal activity that surrounds cannabis growing etc. and will also cut down on the number of low level drug dealers who have their lives ruined and get thrown into jail because they choose to sell a natural plant.

What benefits do you believe hash has to an individual and to the society?

There is a lot of data to describe the biological effect of cannabis on humans, but on the personal level, it depends on the users perception. If you smoke to relax then you will relax. If you smoke to laugh then you'll laugh. All cannabis does is lessen the inhibition exhibited by conscious cerebral cortex on the rest of the neural tissue. As to its effect on society, I dont have any studies to back me up, but I dont expect it to be different from the effect of coffee, tea, cocoa, tobacco or any other plant material that is consumed by humans.

There is some medical research which links hash to mental illness - what do you say to that?

These are older studies and are not of a very high scientific calibre. Inexperience coupled with anxiety can cause people to be psychotic or to tip a compensated person towards some mental disease he is alread pre-disposed to, but there is no proof at all that cannabis can cause mental illnesses in people who DO NOT have this predisposition. Cannabis itself cannot cause mental illness.

Do you believe that the use of hash may lead someone to taking stronger drugs?

The gateway theory is a common arguement used by proponents of criminalising cannabis. I don't know how to test this or get any empirical evidence from this, but all I can say is we have one billion tobacco smokers on the planet now. If there is a gateway drug it is tobacco, yet no one mentions it as so, so I find this argument childish and redundant.

Do you have any statistics on how many people in Egypt smoke hash and how much the drug industry is worth?

Unfortunately, I dont have any statistics on hand, and anything I pull off the internet will not be issued by local authorities so I doubt their authenticity.

Can you give us an example of when hash has been used to help someone's medical conditions?

I am a physician and I can assure you that cannabis has a wide variety of medical uses. It all comes down to the compound CBD. I have seen studies from North America and Europe showing CBD to shrink certain tumour cells, decrease tissue inflamation and increase blood supply to tissue. Obviously, I would not tell someone with cancer to stop taking chemo and just smoke weed, but I think more reasearch is needed to find the full spectrum of medical cannabis uses. In over 20 countries in the world you can go to your physician and he will perscribe cannabis for you to treat some very common diseases: Seizures, nausea, vomiting, anorexia, muscular spasms, glaucoma, etc. The list is quite long.

What's your favourite type of hash?

I like the local hash from Sinai because since you are close to the source, there is less chance for it to be tampered with. Morrocan hash is good but it can be a bit harsh on the taste buds. Asian hash is softer with a much mellower taste and high, so I guess i just like pure hash!

Where's the best hash in Egypt?

Sinai hands down; locally grown there and also close to drug smuggling routes from Asia/Middle East. Check out the last statistics in 2010 by Los Angles Times.

YES!!! An average coin is around 2-4 grams. so paying 200 LE for it means that a "kees" (the average unit of wholesale hash in Egypt) which is around 100 grams is going to cost around 6000 LE for the end user. That is exceptionally high. Even though there are variations in price depending on the season and how close you are to the source, the average kees in Egypt is between 1200-3000 EGP. There is no easy answer to this question you just have to measure you hash and decide if it is good or a rip off. 200 LE for a eight gram soba3 is not bad at all.

I prefer hemp rolling papers, regardless of the brand. I also like unbleached papers.

Check out the Legalize Hash campaign on facebook here. We want to gather some statistics on how many people smoke hash in Cairo. Answer our poll question on the homepage and let us know!