An Egyptian amputee is inspiring the world by playing table tennis with his mouth... 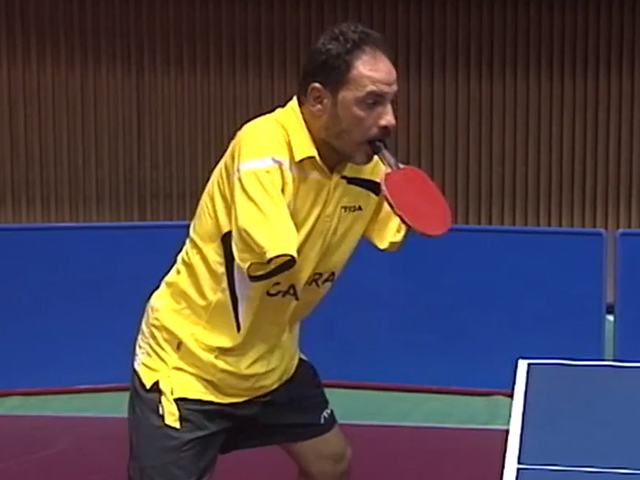 Meet the Egyptian amputee who's inspiring the world - by playing table tennis with his MOUTH. Ibrahim Hamato refused to give up on table tennis after a childhood accident left him without any arms. After the incident, instead of abandoning the sport, he instead taught himself to hold the bat in his mouth.

And Hamato is so good that he can still hold his own against the best players in the sport. Speaking in an emotional video, he says, "I had an accident when I was 10 years old but I loved table tennis. Three years after my accident I wanted to play again by holding the racket under my arm but it didn’t work out. After trying different options, I found myself playing with my mouth.”

This awe-inspiring video shows him taking part in a recent competition in Tokyo where he met the number 1 ranked table tennis player in the world, Ma Long, in a fierce battle.

And now Hamato is even eyeing a spot at the next Paralympic Games. He added: “Every match that I win makes me feel that I am achieving my dreams. God willing, I will be better. Nothing is impossible and I hope one day to be a world champion.”