Following up on his interview with Team Egypt and their coaches, as they prepared for the Street Child World Cup, Eihab Boraie headed to a fundraising football tournament to find out how much closer they are to their goal... 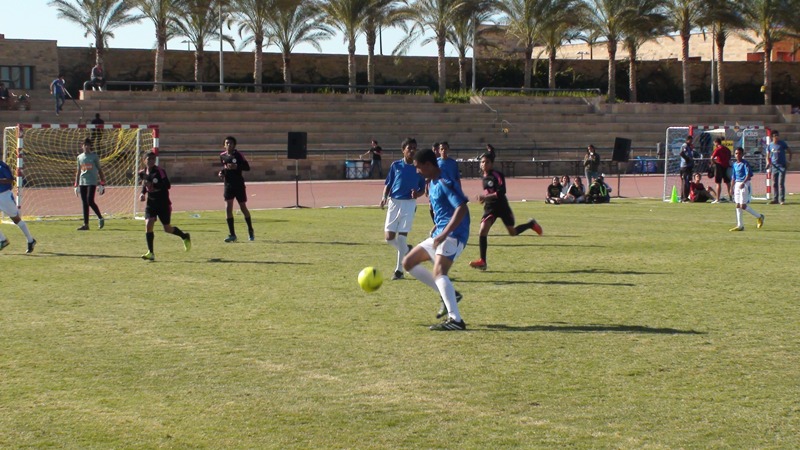 In December, I was fortunate enough to meet this year's Egyptian hopefuls as they prepared for the Street Child World Cup. Upon hearing that they were having a football tournament fundraiser this past weekend, I jumped at the chance to follow up with their progress and find out how much closer they are to reaching Rio.

Returning to the AUC fields was somewhat surreal. Last time I went to cover their story, it was the day it snowed in Cairo. It was the first practice the kids would have at AUC facility, and I was the only journalist there. This time around, in stark contrast, the field was filled with multiple teams facing off, the weather was amazing, and reporters from all over came out to cover the event.

The tournament was a triumphant success as 16 men's teams and 8 woman's teams faced off, with each team contributing 2000 LE towards the goal. According to head coach and organiser, Karim Hosny: “The bulk of this money will be used to cover the childrens flights and a few minor expenses.” Following Hosny around to answer my questions was a bit of a workout, as Hosny was constantly circulating making sure everything was running smoothly.

At the mid-way point of the day, all the team's took a break, as over the sound system the announcer introduced the boys everyone was there to support. It was a special moment as these street kids came out to cheers and adoration of those attending and participating in the tournament. The last time I had seen these kids, some of them didn't have proper shoes or a team uniform. This time, they came out confidently dressed in all blue jerseys, and looked like they were ready for business, as they were set to face off against kids who were training at Egyptian Ajax training programme.

It was great day for the future of Egyptian football, as both teams played well, showcasing skills that could translate into future superstars. As the game played out, spontaneous nationalistic cheers swept over the crowds, as all in attendance didn't distinguish the footballers as kids, but as Team Egypt, and ultimately, the closest we would get to the World Cup this year.

As it stands Hosny believes that they “are about 70% of the way to reaching their goal. The only obstacle now is getting the invitation from Brazil to issue visas.” Despite this obstacle, Hosny remains very optimistic, believing that the issuing of visas should be granted in the next week or two. One of the hardest pieces of the puzzle for the coach is deciding the final roster for team, as he dreads making cuts, especially after spending over a year with these kids and watching them grow and change through the programme. The cuts are expected to be made on Tuesday, as Hosny waited for the last possible minute to make the decision in order for all the kids to benefit as much as they can from the training.

Following Egyptian football is always an emotional roller coaster. We seem to always do well, until we lose in some ridiculous, over-top manner. Thankfully, this time around it doesn't matter if Egypt's street kid team wins or loses because if, as a country, we are able to get them to Rio as goodwill ambassadors, then the nation will be victorious.

To donate, please get in touch with hazemelguindi@scworldcupegypt.com. Keep up to date with Team Egypt's progress on their Facebook page here and follow@SCWC_Egypt on Twitter.