We speak to the founders of pole dancing studio, The Spin, about their unique take on the art form. 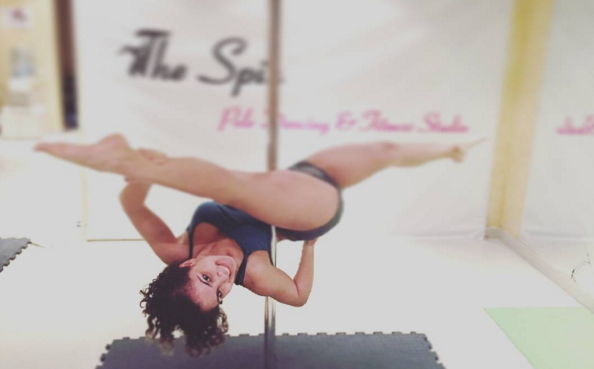 Pole dancing is Egypt’s most recent dance and fitness craze; in less than a decade, a slew of pole dancing studios have sprung across the country’s capital. When Noura Omran and Hadeer Hamed founded The Spin, one of Cairo’s several pole dancing and fitness studios, back on February 6, 2015, they didn’t expect to have over 200 members sign up for their classes. If anything, they braced themselves for social backlash. “Maybe it’ll take time for people to understand that it is not about stripping, but we are doing quite well actually; it’s a bit of an unexpected success,” says Omran, who in addition to being co-owner of the studio is also an instructor there.

The Spin is seeking to not only strengthen women physically, but to empower them and celebrate their bodies and souls as well. “It changes their lives and gives them self-confidence; some overweight girls are capable of doing things that some skinny girls can’t,” explains Hamed. Pole dancing is often associated with eroticism, but that is not how the founders of The Spin see it. To them, it is a sport and a form of performance art that is very hard to master. Pole dancing is an intricate art as each move must be preceded and followed by a transition, which is an in-between move as it concludes a move and introduces another in perfect seamless progression. “We have to change the stereotypes because it’s all about fitness,” argues Omran.

Most classes last 90 minutes - a typical session sees participants undergo rigorous strength exercises for core, shoulder, arm, and leg muscles before going over the previous session’s moves then, for the final portion of the class, learning new pole dancing moves. Each class also includes floor work - i.e. dance moves performed on the floor around the pole. Sessions are always concluded with choreography incorporating the dance moves covered throughout.

With The Spin’s first anniversary approaching, things are set to get even hotter as they are planning on marking the occasion with a secretive celebration!

Windmills and Headspins: The Lack of a Real Breakdancing Scene in Cairo

There are definitely signs of blossoming, but the scene as a whole still hasn’t [...] 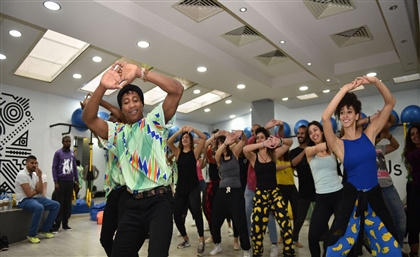 Your exercise routine now has an extra dose of funk thanks to the monkeys over at [...]