Bawabat: The Stunning Wellness Retreat and Farm 20 Minutes Outside of Cairo

Peace of mind is just a short car ride away. 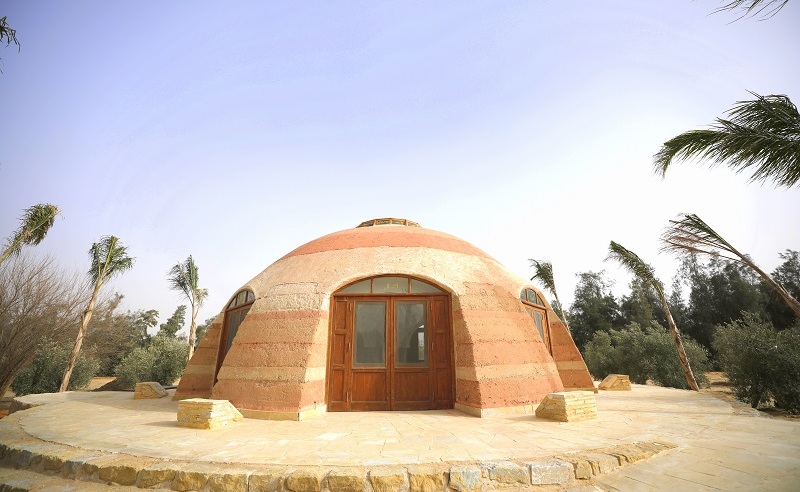 A high-paying job kept Madiha Mansour chained to the corporate machine for more than two decades. In 2016, however, she purchased a plot of land along the Cairo-Alex Desert Road and launched Bawabat, an 18 acre wellness retreat and agri-tourism getaway featuring its own Siwa-style salt room, a meditation space, a guest house and two innovative vegan chefs.

Bawabat has its own olive garden, from which it makes and sells its own gourmet brand of olive jam, which in turn contributes to keeping it economically sustainable. This, in addition to its use of solar and wind power, is slowly enabling Mansour to realise what once seemed like a distant fantasy; sustaining herself while simply being in nature and not behind a desk.