Open Relationships and No Doors at Home: Egypt’s Teenagers According to Deega

Valentina Primo talks candidly with Khadiga Rehab - better known by the title of her super successful web series Deega Talk - to find out what it's like to be a traditional agony aunt in modern Egypt. 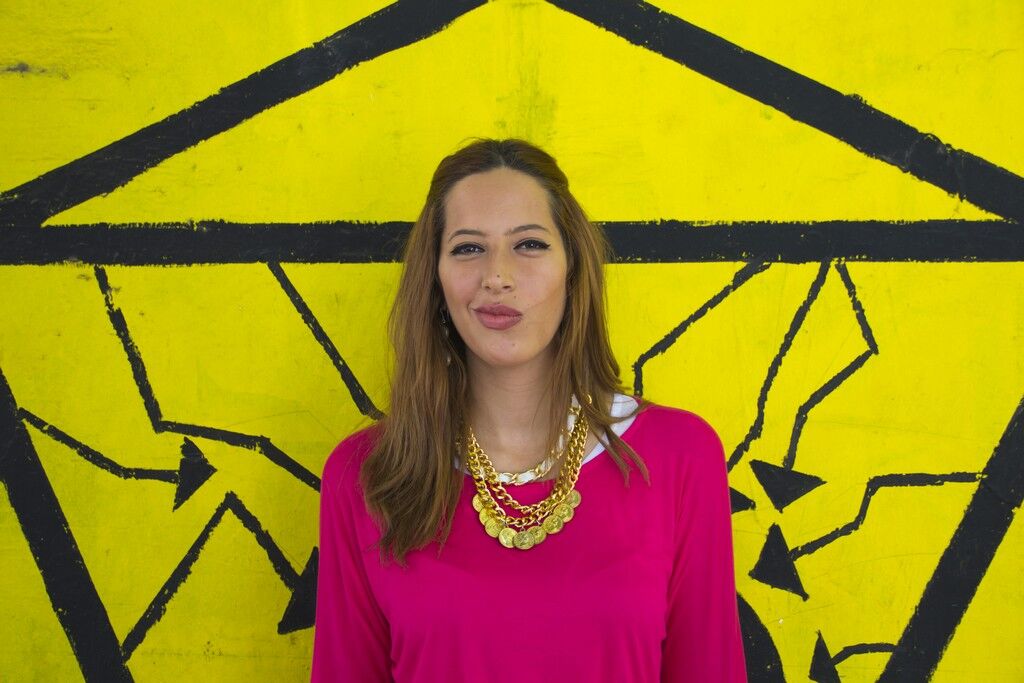 How to Get a Guy in 10 Days. Khadiga "Deega" Rehab stared at the headline of her next article, bewildered. “What does this have to do with real life in Egypt?” she thought, refusing to write articles based on imported formulas that do not relate to the realities of Egyptian teenagers, caught in a crossroads between inherited conservative morals and the radically liberal ideals they are bombarded with through their laptop screens.

It’s been several years since Hoda’s* father removed the door to her room. He controls her Facebook, her phone messages and e-mails, and does not allow her to meet or talk to male friends. Deprived of minimal privacy and parental trust, the 14-year-old girl has become very insecure. Her father beats her up to go to school, but as she arrives every day, she finds her classmates watching pornography on their laptops, as they show off the baby doll dresses they were wearing the previous night in the club. “I cannot tell my dad this is what happens at school,” she tells Deega.

Hoda’s story, like tens of others, pushed Deega to break the silence and confront taboos in a weekly column she called Deega Talk, where she discussed with outspoken grace the dilemmas that Egyptian youth face on a daily basis: physical love, parental relationships, taboos and online dating. “Teenagers are not waiting for the Taylor Swift poster. They want someone to talk about things that really touch them, the things every Egyptian teenager goes through, from Shubra to AUC,” she tells us.

Deega didn’t beat about the bush: if she wanted teenagers to open up, she needed to start with herself. “The first article I published was actually a personal message for someone. It was a love letter, a very subtle thing that only he could understand. I began writing about things that came to my mind, and people really liked to read about relationships,” she says. 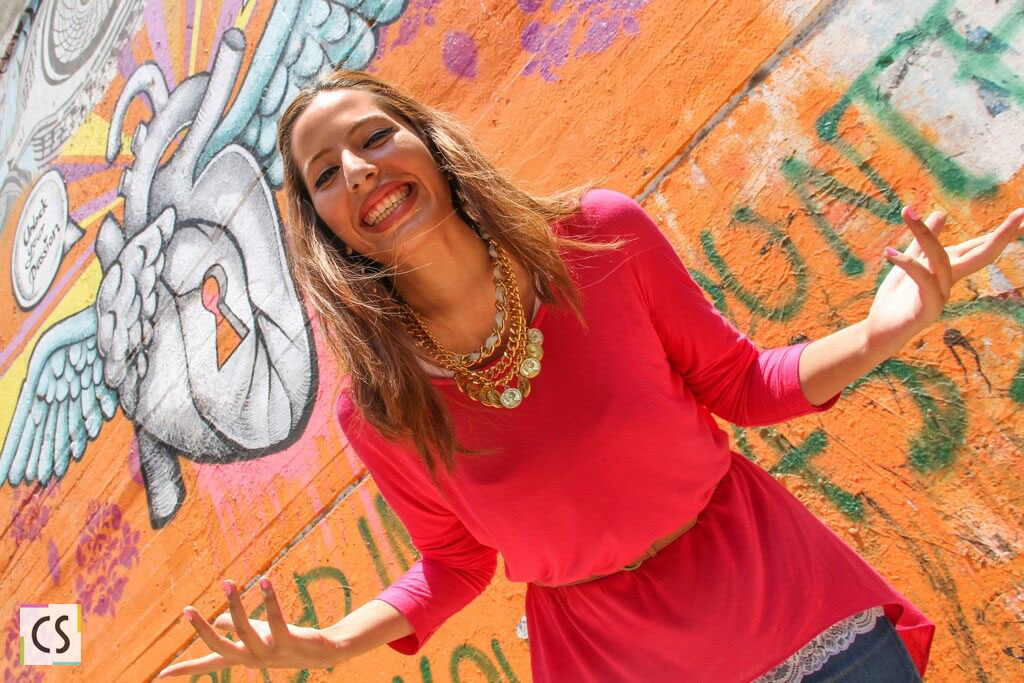 Stories then began to pour in. “I once had a fan who was worried because her friend was dating a paedophile. He was about to graduate from university, and she was 13. So I began asking questions: Does he have a car? Does he pick her up from school with the car? Ok, he is impressing her and making her feel cool. Do they make out? Is he asking her not to tell anyone about this? He was clearly not dating her because he is madly in love with her, he was using her while she probably thought he was the love of her life,” says Deega.

But at the magazine where she was writing, confronting these issues seemed like crossing the line. “There are things we cannot change about society,” she was told by the editor-in-chief. Bold and pragmatic, Deega decided to go solo and began shooting videos for her talks on YouTube, rapidly amassing 10,400 followers on the video platform and 12,500 fans on Facebook. “I felt that there needed to be a closer connection with those teens who were sending me messages. I was working in a production house as an assistant producer so I had the resources, I just needed a creative team. So I thought: why not call for volunteers among my fans?”

Deega’s creative team is an enthusiastic group of followers between 12 and 22-years old, who brainstorm ideas for episodes, research for academic articles, and find on-the-ground stories stretching from Cairo’s American schools to small communities in Port Said and Alexandria. “I often find myself surprised by the stories they find. I like to make fun of topics that trend, such as open relationships, which I had never heard of, especially in certain circles in Egypt.” Deega not only breaks taboos with her talks, but also empowers through campaigns to flip gender stereotypes around. “I once wrote an extremely emotional open love letter and everyone thought I was crazy, because I am a woman and I can't express her emotions publicly. When I saw that a girl followed, I created the campaign #WriteHimaLoveLetter, and it took its own shape.”

17-year-old Mona* wrote to Deega seeking advice because “she was doing everything wrong.” Holding house parties in the working-class district of Shubra where she lives, traveling alone with her boyfriend behind her parent’s back, dancing, smoking, and “making out.” When reading Mona’s message, Deega decided to dig into community morals to understand the dilemmas the teenager was put to face.

A rather common occurrence in Cairo’s up-scale compounds and residential districts, house parties are frowned upon in other areas where conservative values reign. Faced with the multiple, dissonant standards that run through Cairo’s veins, teenagers are often left in a moral limbo where the limit between right and wrong fades away.

“In my community, it may be acceptable for a girl to smoke or wear tight clothes, but that wouldn’t happen in elsewhere. So I try to complete the picture and show them the scenario of how things may turn out if they act in ways considered unacceptable by her background: she will be called ‘a slut’ and suffer more harassment. It is not up to me to say what is wrong or right, but if they want to do something, there is a way they can do it.” 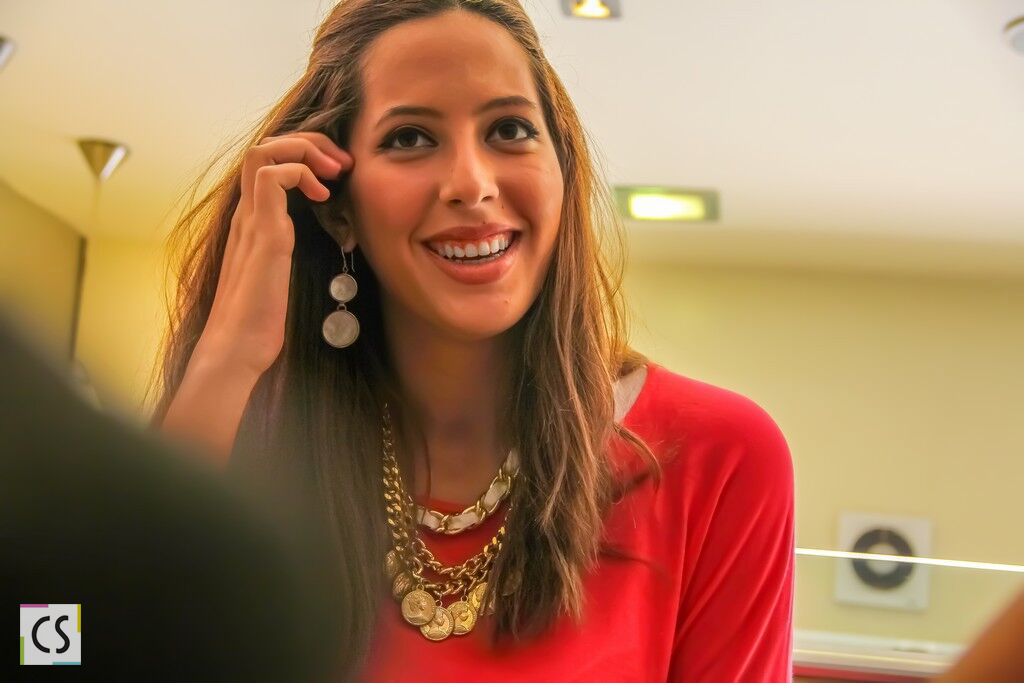 Being asked for sexual favours in return for the monthly paycheck at work or suffering censored domestic harassment are often common place when liberal behaviours are traded for immoral gains. “It is important to understand their background fully; it’s not about imposing social limits, I am telling them to change but being aware of what’s happening,” explains Deega.

“It is also important to understand their motivation: Do you want to be ambitious? be ambitious; if you want to grow from the society, grow; but think smartly how you want to do it. I can’t just tell them ‘be rebellious’ because it backfires on them. There is no close-ended solution, but I try to complete the picture for them so that they make their own decisions. The 'A-Class' does this willingly and publicly, but other classes are struggling because they lack awareness,” she adds.

An underlying theme that cuts across age, gender, or social class, sexuality is the most recurrent topic youngsters ask about, explains Deega. Parents touching their genitals or having intercourse in front of their children “because the house is too small” or episodes of harassment that go censored to protect family reputation often result in deviated conceptions or traumatised behaviours that intertwine with the natural questions posed by teenagehood. “A lot of the girls that contact me were sexually harassed as kids, so their sexual education goes wrong. Some mothers force their children not to talk about it and keep it a secret; so I understood that her problems were not really problems with her boyfriend, but consequences of that past,” she says.

An eternal taboo obscured by social norms and a growing generational gap, sexuality is surrounded by myths and misconceptions that only increase when information is deprived of education. “Youth are going through an identity crisis. They want to stand out, they want to experience and break societal boundaries. They know what they want to do, but their sources aren’t right: as they don’t have sexual education, they watch media, surf the internet and get it all wrong,” Deega says.

The lack of education becomes evident in districts like Port Said, where men are used to taking Viagra under the conviction that they have problems to perform. In reality, the roots of the misconception lay in the prevalence of female genital mutilation, a practice deeply rooted in traditional communities whose consequences are not widely understood.

“Mothers don’t have conversations with girls; fathers just want them to get married. As long as we are criticising youth and think that we should guide them, it will go wrong,” she says. “Teens are not waiting for us to tell them what is right and wrong, they need someone who understands and talks their own language."

*All names have been changed to protect the privacy of the young women involved.