Previous Post
This Egyptian Artist Will Add Some Serious Swag to Your Cars, Bikes, and Helmets
Next Post
Egyptian Equestrian Takes First Place at the Grand Prix of Paris

The Ridiculous Habits of a Typical Tourist in Egypt

Tourists can act very cliché, and it's fun to call them out. 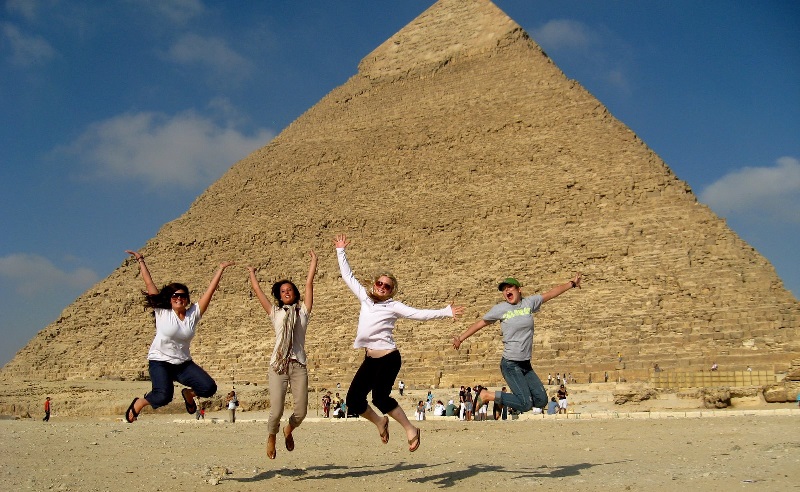 When one’s a tourist in a new place, there is this inclination to do things you’ve seen other tourists do, engage in behavior that you think is part of the culture, or just project everything the media feeds you about a foreign culture. You can imagine how fun that can be, and today, some of this behaviour is going to take centre (editorial) stage, in the hopes that some of you may relate, and if not, that you may at least get some laughs out of it. When people travel, and thus (magically) become tourists, they often morph into these (sadly) predictable creatures that deserve to have all sorts of shameful fingers pointed at.

So without further ado, and with enough candour and consideration so as not to get yelled off the Internet, let's start the roasting.

Walk Like an Egyptian – the Ancient Egyptian equivalent ti dabbing. This 'dance' has been associated with Egypt practically since beginning of time, though don’t expect to see Egyptians dancing like that at Cairo Jazz Club. If you’re out somewhere, anywhere, and see someone doing that dance, you can 100% guarantee that they’re a tourist. It’s a dance that originated in ancient times, and frankly, unlike the Pyramids or the Sphinx, should’ve stayed in that era. I would more closely associate "walking like an Egyptian" to placing one hand close to your ear as you're talking on the phone, holding a cigarette in the other, and not hesitating to cross the road as a stampede of cars is coming towards you.

Ah, spirituality. When tourists visit Egypt and its famous archaeological sites, and claim to feel 'in tune with the universe', it’s hard not to roll your eyes up, down and all around. Tour guides will literally do anything for a piece of that foreign buck, and these days, with the “spirituality” movement truly alive in the West, it’s easy to get taken for a ride. Egypt is indeed a spiritual place, but it takes more than the usual tourist tours to see it. Namaste.

Loving Life in the Streets

This is merely a tiny annoyance, but I still had to get it off my chest. Tourists are in love with the hustle and bustle of the city, the chaos, the noise; they just love that streets have 'life' to them. While this is totally understandable when you come from a small village in Shropshire, it can be irritating to hear, because we Egyptians are stuck with this chaos everyday – going to work, going home, going to the doctors’, social life, etc. We have to endure real life in these streets, while tourists can enjoy them on their own accord. I'll take an organized/civil society over chaos and noise any day.

A felucca trip is something that seems better on paper. I mean, I do understand the appeal of gliding along the longest and most historically significant river in the world, and you've come from lands far away, but surely there are better places to get your drink on than a rickety boat captained by a judgmental guy probably called Sayed and flanked by the stunning sight of Cairo's grey skyline and murky, swampy-blue waters. There are other things to do in Cairo. Like, anything.

Asking Egyptian How They "Speak English So Well"

I mean, it is the most widely spoken language in the world. Nowadays, with the internet, Netflix and Justin Bieber, English is much more accessible than it’s ever been. Also, many young Egyptians go to American or British schools, and are very westernised, so when this question comes up constantly, it can even feel a little offensive. Some even speak English to each other, though we do slip in the occasional “eshta”, or “fahem?" Thanks, colonialism.

Insisting on Communicating with Arabic

Learning the language of the country you're visiting is always encouraged - even if the person you're speaking to can understand English, they will surely appreciate the great lengths you have gone to to learn how to communicate in their language. It can get a little frustrating though, when a tourist insists on speaking broken Arabic, in a sentence that slightly resembles "ana ayazz merit ahsfar laouu samahhhtou", insisting to speak every word in the Arabic they learnt on Duolingo a week before their trip. Sometimes, English can just be easier, but if you really aren't getting anywhere, sign language works just fine.

Tourists just love to dress in traditional clothes. It’s nothing new. A tourist in a kaftan is just a funny sight. It’s kinda like seeing a falaah sporting a Mohawk. It’s the most typical thing a tourist can do, and it’ll usually gather some stomach-aching laughs from the locals. Also, does the man on the right know that he's wearing more of a "traditional" galabeya, when his friends look like they belong in a royal palace? Not cool at all, someone could've explained to him the basics of traditional Egyptian garb. This photo looks like it was taken at the beginning of the party; a couple of drinks later, and the ladies are on the table attempting to belly dance. Oh, the memories.

This list is surely not meant as an insult to the lovely tourists that add some colour to our streets, and more importantly, greatly benefit our economy. These are simply amusing observations that could be made in any country, and I'm sure that many Egyptians fall prey to similar behaviour in your beautiful countries too. 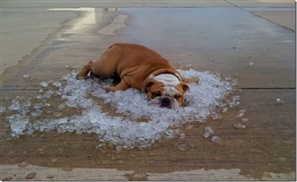 7 Things We Hate About Summer

While fun in the sun can hardly be considered a bad thing, Egypt's summers can be [...]
Week Month Year