17 Most Anticipated Movie Sequels of 2017

The wait is almost over. The next events in your favourite movie franchises are about to be revealed and you will soon find closure and move on with your life. 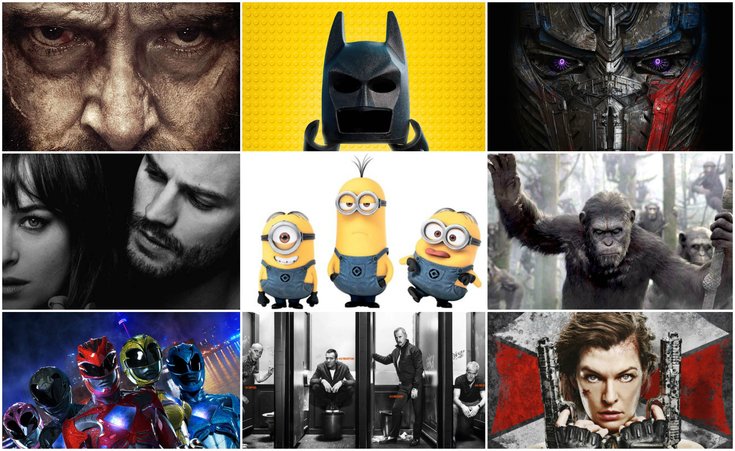 Egyptians have loved their movies since the good old days of black and white. However, with the decline in Egypt's movie industry over the past few years, Egyptians have turned to big Hollywood productions to satisfy their never-ending love for cinematic entertainment. And since 2017 is shaping up to be THE year for Hollywood sequels, here's a list of the year's most anticipated franchises.

The Fate of the Furious

Some of us still can't imagine a Fast and The Furious sequel without Paul Walker at its forefront, but the hardworking cast begs to differ. The 6th sequel to Universal's biggest movie franchise ever is scheduled to be released on April 17th.

We sure hope this movie, the fifth and final of the historic Transformers film series, will bid us farewell properly. The Paramount picture is scheduled to be released on June 23rd.

If you came of age around the late nineties and early 00s, chances are you had a huge crush on Milla Jovovich's character in Resident Evil. The action-horror movie's final sequel is scheduled to be released on January 27th.

20 years ago, the original Trainspotting movie hit theatres, taking movie goers and critics by surprise for its accurate portrayal of heroin addicts in Edinburg at the time. Now, the movie's sequel, starring the original ensemble cast, is hitting world theatres throughout February and March 2017.

The newest generation in line of warriors combine their efforts in order to save the world from a powerful witch's plot to destroy the planet. In theatres by March 24th.

The Return of Xander Cage

The action movie starring Vin Diesel , Samuel L. Jackson, and Ruby Rose is finally hitting theatres 12 years after its prequel, State of The Union. The Return of Xander Cage has been internationally released on the 5th of January.

Starring Tom Cruise, Russell Crow and Sofia Boutella, this reboot of the Mummy Franchise is set to hit the theatres on June 9th.

While imprisoned in another world without his hammer, Thor must find his way back to Asgrad in time to stop Hela's evil plan. This third Thor film is scheduled to be released on November 3rd.

War for the Planet of the Apes

Ceaser and the apes go head to head with a ruthless colonel in a war that will determine the fate of their species. The 20th Century Fox production is set for release on July 14th.

Gotham City is under threat from another hostile takeover set by the Joker, and Batman must learn the importance of teamwork if he is to save the city once again. This 3D computer-animated action-comedy superhero movie is scheduled to be released on February 10th.

Diary of a Wimpy Kid: The Long Haul

The movie's events take place a year after Dog Days, with a total recast. Greg tricks his family to go on a road trip for his grandmother's birthday, in an attempt to attend a faraway convention. This 20th Century feature film will hit theatres on May 19th.

This John Wick movie sequel stars Keanu Reeves, Laurence Fishburne and Ricardo Scamarcio and is set to be released on February 10th.

A new blade runner (Ryan Gosling) is on a quest to save the Earth from chaos and find the former LAPD blade runner (Harrison Ford), who's been missing for 30 years. The Warner Bros. picture is set to be released on October 6th.

The family-comedy sequel to Paddington stars Hugh Grant and Sally Hawkins and is scheduled to premiere on November 10th.

The third instalment in the Despicable Me film series is scheduled to be released on June 30th.

Produced by Marvel Entertainment, the third instalment in the Wolverine movie series follows Professor X as he attempts to escape the world and hide out on the Mexican border, when a young mutant arrives with evil intentions. Logan is scheduled for release on March 3rd.