7 Egyptian Scientists Who Changed The World

We decided to take a look at other notable scientists of our nation who have played a role in altering the world as we know it... 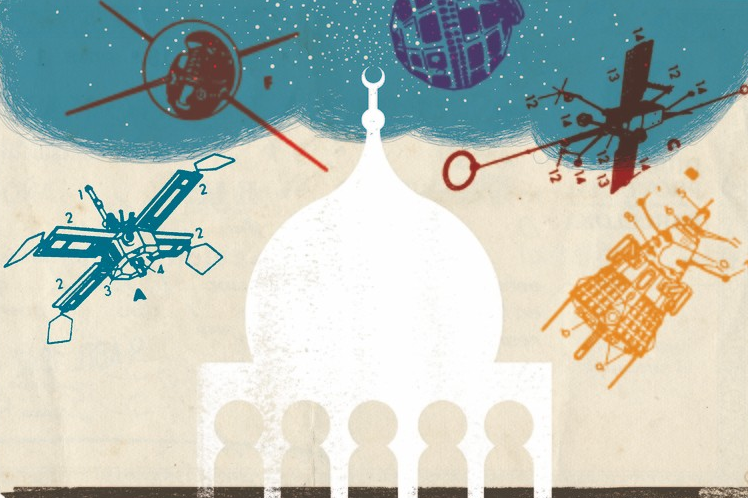 In 2015, Dr Sara Mohamed of Mansoura Medical School announced a “stupendous” breakthrough in treating female chemotherapy patients who have become infertile. Using stem cells to reverse the damage caused to eggs during chemotherapy, lead researcher Dr. Mohamed and her team has enabled mice who suffered from ovarian failure to reproduce. The animal tests were so successful that researchers have announced they are ready to begin human trials.

This awesome news prompted us to make list of other genius Egyptians who changed or are changing the world for the better. Kicking off this list is another amazing Egyptian woman. Known as the Mother of Atomic Energy (ouch!) Dr. Moussa spent her life doing things that in comic books would have given her some serious superpowers. Though no abilities of super strength or laser-eyes ever manifested she still used her freakishly smart brain and doctorate in atomic radiation to help the world.

Under the banner “Atoms for Peace” she tried to convince the world to come together and use nuclear energy for something besides blowing each other up. She famously endeavored to “make nuclear treatment as available and as cheap as Asprin.” Recognising all the really great stuff she was doing she received several offers from institutes in the United States. But since those offers required her to reside there she turned them down with a burn of patriotic proportions saying “Egypt, my dear homeland, is waiting for me."

Eventually she was invited to check out the state-of-the-art facilities at California University. Eager to make it back home and get to work updating Egypt’s gear, she was to return home but unfortunately she never made it. While still in the States on August 5th 1952, two years after her mentor at Cairo University Dr. Moustafa Mousharafa died under mysterious circumstances, the car she was riding in fell 40ft and instantly killed her. Conveniently however, the driver managed to emerge from the car somehow only to disappear before the cops could get any info from him.
Dr. Ali Moustafa Mosharafa Theoretical physicist, Dean of the Faculty of Science at the University of Cairo, contributor to quantum theory and the theory of relativity, and best buds with Einstein, Dr. Ali Moustafa Mosharafa might just be the coolest nerd to ever come out of Egypt.

In the midst of redefining the way the human race understands the way the universe works and chilling with Einstein, Dr. Ali published 25 papers, 12 scientific books and translated another 10 books on astronomy and mathematics into Arabic. He also studied the contributions made by medieval Arab scientists. The guy also had a slight anti-authoritarian bend. When King Farouk gave him the title of Pasha he declined saying that no title is worthier than his PhD in the sciences. Awww bless him.

After his slightly more than suspicious death in 1950, he received a moving eulogy from his totally bummed bro Einstein. "I cannot believe that Mosharafa is dead, he is alive through his research. We are in need of his talents, it is a great loss, he was a genius. I used to follow up his research in atomic energy, definitely he is one of the best scientists in physics,” Einstein said while choking back tears that each had higher IQ’s than you. Dr. Samah El-Tantawy is a postdoctoral fellow at the University of Toronto and having lived in two of the most traffic clogged cities in the world (Toronto and Cairo) she used her genius to develop an adaptive traffic signal control system, known as MARLIN.

Using smart traffic lights capable of learning and communicating with each other in ways reminiscent of Terminator’s Skynet, Samah has created a robot overlord which we personally will embrace wholly if it means less time spent in traffic. In computerized simulations her system reduced traffic delays by 40% and traffic times were cut by 25%! Her work has won international awards and she now works towards the commercialization of her MARLIN system to help commuters of the world and reduce pollution.

But the most important question to those of us that may be looking at our phones in a traffic jam right now is, when is it coming to Egypt!? Cracking open a living human being and trying to fix broken pieces inside of them is a tremendous feat. Now, when that piece is someone’s heart and you’re not only fixing it but replacing it entirely, that’s really impressive.
This guy, Sir Magdi Habib Yacoub, has performed more transplants than anybody else in the world. Hearts, lungs, whatever; if yours is busted and you can find a spare, this dude will swap them out without breaking a sweat.
After his aunt died of heart disease while he was in his 20’s he reportedly looked off camera, held up a clenched fist, and whispered “never again.” Pioneering new heart surgery techniques, operating on babies, convincing Omar Sharif to quit smoking, and numerous other acts of sheer badassery earned him an Knighthood, an Order of Merit, and an Order of the Nile.
He went on to found the UK charity Chain of Hope in 1995 which provides children that are suffering from life-threatening diseases access to treatment which they otherwise might not be able to get to.
Hatim Zaghloul Chances are that the screen you are glued too right now is connected wirelessly to the internet somehow. Unless you live a sad, tethered life or have some strange wire fetish, you owe this man a thank you for your current ability to enjoy a wireless CairoScene experience.
Haitim Zaghloul’s inventions, made together with his long-time friend Dr. Michel Fattouche, made possible multiple wireless communication technologies that laid the basis for Wi-Fi and multiple cell phone standards. The man also gets major bonus points for helping out Hedy Lamarr (yes that Hedy Lamarr). When Hatim learned that she was never probably compensated for her inventions, that led directly to his own, he agreed to help get her work recognised.
Azza Faiad This brilliant Alexandrian teenager tackled two of the world’s biggest issues at once: pollution and energy when she discovered a more efficient way of converting plastic garbage into highly valued biofuel.
After joining a science club at Bibliotheca Alexandrina when she was eight, she met Nourwanda Sorour, a student of petrochemical engineering at Alexandria University, who mentored her and taught her chemistry. The two worked together and upon their discovery were lauded with awards and invitations to present their work to the world.
Azza believes that her project could generate as much as $163 million a year from biofuel generate from trash and producing other chemicals that can be recycled and sold.
Main image photo credits thenational.ae.