7 Things Only Egyptians Are Addicted To

What fun things do we overdo? 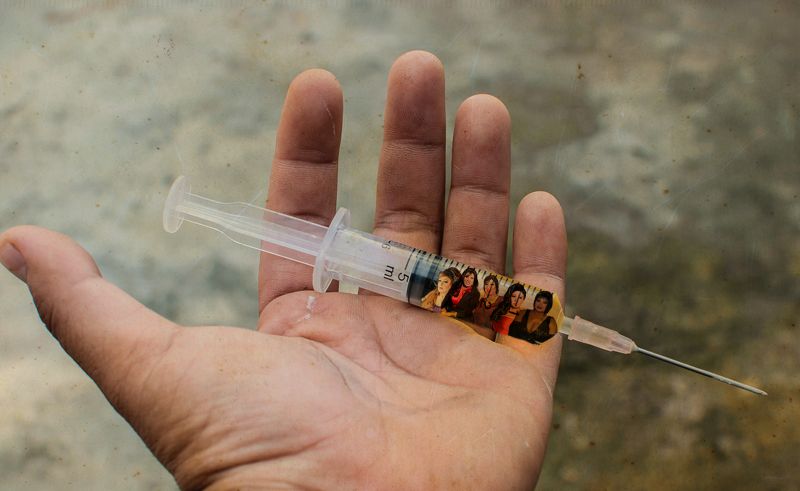 A report came out recently stating that Egyptians’ drug addiction rate is twice the worldwide rate. Woah. Suffice to say, it's an alarming statistic that needs indepth comprehension and analysis in order to understand the root causes and implement the right solutions.

Since we are no experts on the issue, we decided to take a serious and heavy subject matter and dilute it into lighter shores by asking ourselves what less dangerous things Egyptians are addicted to. There's something nostalgic about Fifi Abdou. She's like the tant who takes us to eat escalope pane at the nadi while we gaze at the crowd and comment about their clothes. Her Facebook page has over 1 million likes and it's easy to understand why. She's funny, warm and her catchphrases like aywa ba2a yala ba2a have entered the national lexicon. A healthy thing to be addicted to as Fifi always puts you in a good mood, even (if not especially) when she comes out with ludicrous comments. A much less healthy addiction. Egyptians don’t put sugar in their tea, they put tea in their sugar, so it’s safe to say that when there's a shortage, as there was last year, panic and absurdity ensues: 9,000 tons were seized from a snacks company, a waiter was arrested for possession (he had 10 kgs 'on him') and a hotline was even put in place so that honorable citizens can report hoarders. While the new generation’s addiction is probably 'Netflixing and chilling', the older one is still loyal to the old formula of waiting patiently for a show to be broadcast on TV weekly. Whether religiously watching Ramadan series or growing attached to the latest Turkish drama, there's always is something to keep the mama occupied on Nilesat. In a city with over 20 million people, noise is an expected nuisance. What is less expected, though, is people adding unnecessary clamor to the already overbearing sonic landscape: the guy on the corner street yelling on his phone, the baby at the cinema at the midnight screening, the teenager walking with music on his mobile loudspeaker and the biggest surprise of all, the shibshib. It should be a simple exercise in theory; foot up, foot down, but for some reason, everyone here walks around as if their feet were chewing gum. Egyptians could benefit from a compulsory yearly 1 week ashram stay. The magic blend of Egyptian humor, translation fails and absurd paradoxes make Egypt a bumper-sticker paradise. Everybody has probably already stumbled on the most common ones: the taxi cab with a playboy logo, the oversaturation of Smiley's Grill and Apple logos, but for the true gems, we suggest you check out this Facebook page. We're not talking about the dance, but the famed tomato sauce. Although a staple condiment of Latin American cuisine - salsa literally means sauce in Spanish – salsa is so popular here that we wouldn’t be surprised if the world’s first salsa overdose happened in Egypt. You will rarely find a vegetable meal unaccompanied by salsa and even our national dish, kosheri, doesn’t taste quite right without it. Mohamed Salah is probably Egypt’s best export right now and arguably one of the world’s best players, so it isn’t surprising that he has become a national hero, a role model to the younger generation and a genuine symbol that unites a divided country. However, Egyptians tend to be a tad overexcited with his exploits, hijacking an ESPN poll to name him the best player in 2017 in front of Messi and Ronaldo, bombarding Liverpool’s social media page with patriotic messages, and monopolizing the airwaves during my early morning taxi ride to work. the a To be fair, Mohamed Salah is one hell of a fella, which means that we aren’t the only ones addicted to him!