Do these things annoy you as much as they annoy us? 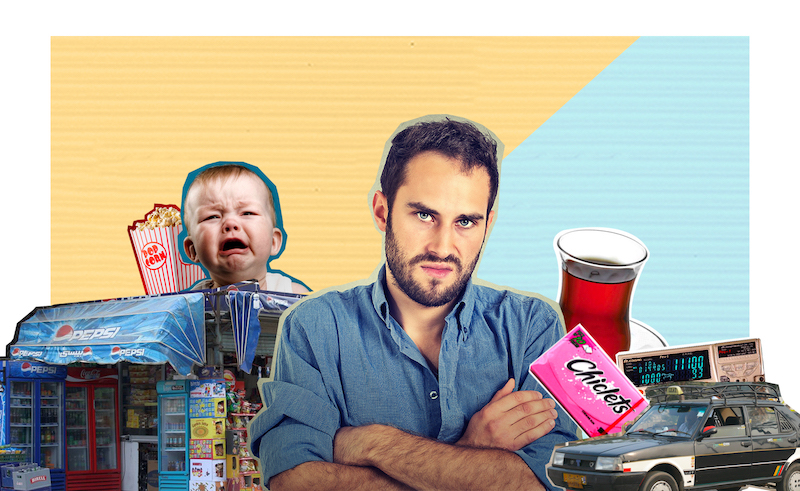 Traffic, pollution, stress and noise. Not an easy routine. Indeed, a day can make you age a year in Egypt. But while some things are down to decades of mismanagement and/or nature, others are self-inflicting wounds. Here is a list of frustrating things that Egyptians have been the victims or the perpetrators of.

The cinema should not be a collective experience, it should be a place to disconnect from your life and absorb someone else’s story. We share a space with other movie-goers but we should all be alone, together. This is something that seems to be understood by very few people in Egypt, where personal space and respect of the other are regarded as alien concepts. Whether bringing their baby to a film at 10 p.m, refusing to put their phones on silent, answering it with a loud “Aiwa ya Hamada” or chatting with their friends, Egyptians have made the cinema a horrible experience. Thank God for Netflix.

In Westerns, two cowboys faceoff in a duel. The one who draws his pistol faster wins and survives. In Egypt, the faceoff is much less fair: it involves the pedestrian and the driver. When a car in Europe sees a pedestrian approaching, the natural instinct of the driver is to slow down; here, the driver accelerates. He would rather risk breaking your leg than lose a second off the journey to his destination.

Queuing in Egypt is a frustrating exercise in civic responsibility; you want to wait for your turn but if nobody respects the system, you end wasting even more time by remaining civil. Whether at the Mogama3 or trying to get your ta3meya from Gad, you are in for a survival of the shittiest treat. Here is to hoping that the ticketing system is implemented everywhere soon.

Inshallah is just a polite way of saying No. It’s basically like the “interested” button on a facebook event. But what makes Inshallah worse is that you are basically blaming God for your laziness. As if your indecision of whether to attend Sunday Brunch with aunty Afaf comes down to divine intervention.

Ever been to a restaurant and the waiter picks your plate while there is still some food in it? Or at an ahwa and the guy takes your tea cup while it is clearly not empty? What is this obsessive need of hovering around our table and picking up things all the time? It takes ages for the guy to take your order but once he does, he looks at your table like you look at your phone, believing that everything should be removed at his will and convinced that it is for your own good.

Since the devaluation, Egyptian coins have lost all purpose in life, or so it seems. If something costs 47 pounds and you give the guy a 50, he won’t even bother to give you the change. It he has a bit of decency in him, he might give you some gum, the newest item to join the Egyptian currency family.

When Uber and Careem joined the market, we remained loyal to the Egyptian taxi but with time, we grew tired of their attitude. There always is a problem: either the meter is not working, or his wife is at the hospital or he doesn’t want to drop you in X location because it is “not on his way”.  And despite telling you to pay ele tetfa3o what you give him is never enough. They can continue to bark about private companies ruining their vibe but deep down they know that they are shooting themselves in the foot.