The accomplished Egyptian rapper continues a productive year by releasing a music video for his track ‘Baby Blue' with producer Lil Baba’, as well as his latest EP ‘Law Makonash 7awelna’. 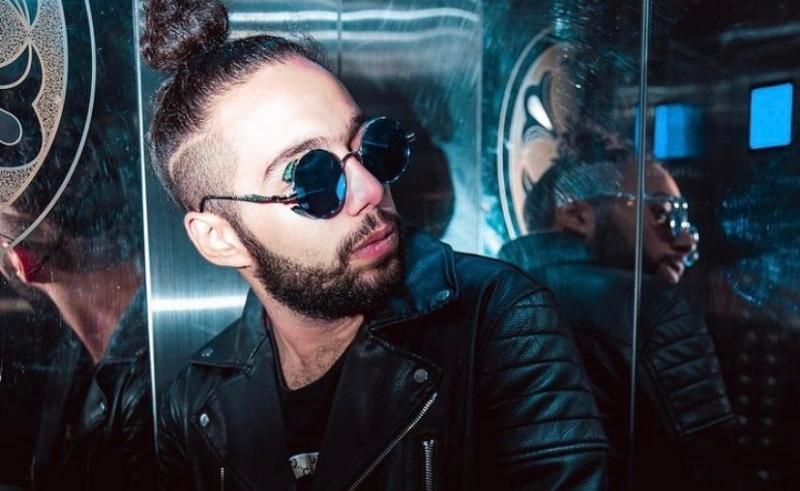 Following up a year that saw the artist expanding his sonic palette with a constant stream of releases, Abo El Anwar returns with his third EP of 2022, ‘Law Makonash 7awelna’, along with a Music video for his track ‘Baby Blue’. In this EP, the celebrated rapper breaks down genres such as shaabi, hip-hop, drill, and trap to their core elements, and rearranges those elements together in a forward-thinking exploration of how Egyptian rap music can continue to develop.

The music video for the track ‘Baby Blue’ sees the rapper honing in on a visual direction that accurately reflects his couldn’t-care-less demeanour, which has been part of Abo Al Anwar’s allure as a performer since the early days of his career.

‘Baby Blue’ sees the artist embark on his most trend-setting track to date. Produced by Lil Baba, the piece makes inventive use of a squeaky sounding sample that pulses throughout the entirety of the track. The instrumentation is spacious and minimal, giving way for the commanding vocal performance to shine alongside the intricate drum and percussion patterns.

This track sees Abo Al Anwar delivering his rapid-fire rap verses, full of elaborate internal rhyme schemes, on top of a futuristic sounding instrumental that blurs the lines between drill, trap, and hip-hop. The rapper frequently switches up his flows and vocal ideas, resulting in an entertaining vocal performance that is sweetened with the creative use of ad-libs.

In the music video, directed by Khalid Ibrahim, we are met with Abo Al Anwar, Lil Baba, and dancer Mousha casually jamming to the music. The static camera angle placed in the corner of the room makes the viewer feel like a fly on the wall, as the three performers break out hyperactive dance moves that ooze with confidence. This shot is followed by a sequence of quick edits and visual effects that match the pace and energy of the track, followed by a sped up shot of the group at a house party that offers a peek into the rapper’s lifestyle. The video then takes us outdoors with a series of shots of Abo El Anwar, Lil Baba, and their entourage, looking sharp as ever, with styling provided by Maria Fathy.

The other tracks on the EP also see Abo El Anwar experimenting with fusing genres, with shaabi and trap influences heard on the track Messi, in collaboration with Dr.Mo3gezaa and Coolpix Boi, a heavy drill influenced bass sound with a spacious Arabic beat over a melodramatic chord progression in the title track ‘Law Makonash 7awelna’ produced by Dr.Mo3gezaa, and Moroccan trap influences on the track ‘Kan G.O.A.T’ which was produced by Lil Baba.