Egyptian rap icon Abyusif teams up with Lella Feda to bring us a track full of emotion. 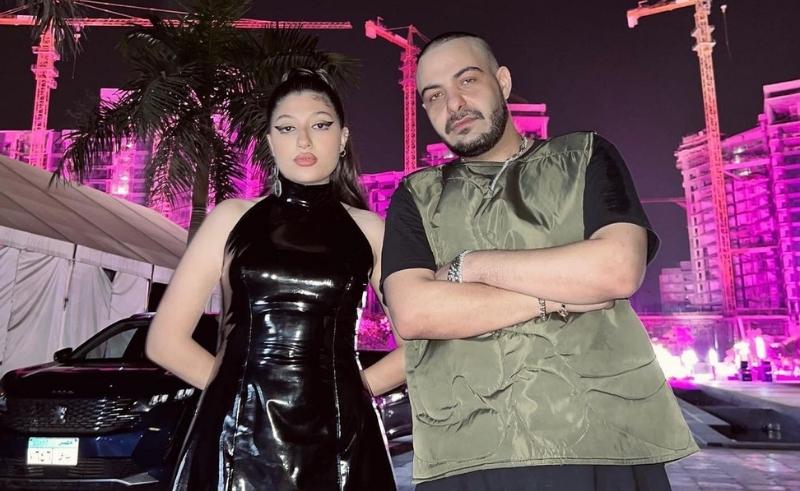 Acclaimed rapper Abyusif has been a driving force in the Egyptian rap scene since its re-emergence in recent years. As the rapper’s audience and influence have grown over time, he has frequently taken creative risks with his sonic aesthetics and presentation. The rapper has released catchy hits and emotional tracks alike, all while trying to diversify his sound and trying to express himself as honestly as possible.

This latest release shows him teaming up with Lella Fadda to deliver a bitter-sweet track that contains elements of both darkness and serenity with touching vocal performances from both artists. This track follows up his latest releases ‘Ha3’ and ‘Sanam’, both of which show us a more easy-going side of the rapper’s personality in comparison to this release, where we see him and Lella tackling a more contemplative sound.Produced by Ismail Nosrat, the track starts with a slow and patient bass-line underneath Lella’s heavily processed vocals. Abyusif soon comes in with the drums, singing a sweet melody on top of the dreamy chord progression. The drums are playing an Arabic pattern that is reminiscent of his previous work, and the contrast between the chord progression and drum rhythm manages to embed his signature sound into the track. Abyusif sings in a low register for the entirety of the track, which adds an appropriate moodiness that complements the rest of the instrumentals, as he relays themes of loss and longing.

Lella Fadda resumes with a similar flow, making for a seamless transition between her verse and Abyu’s. Her vocal performance and harmonies add a layer of richness to the track that is highlighted by the sound design and effects. With her heart-felt performance and nuanced vocal melodies, the emerging artist proves yet again that she is a force to be reckoned with.

As the track continues, Abyusif and Lella keep exchanging verses in a duet that highlights how compatible their voices truly are with one another.

The slow tempo of the track along with the atmospheric sonic aesthetics give both artists the space to perform at their best on this haunting collaboration.