Shaabi/mahraganat veterans, Figo and Sadat, and seasoned rapper, Yousef Joker, come together in another fine example of ‘Molowave’. 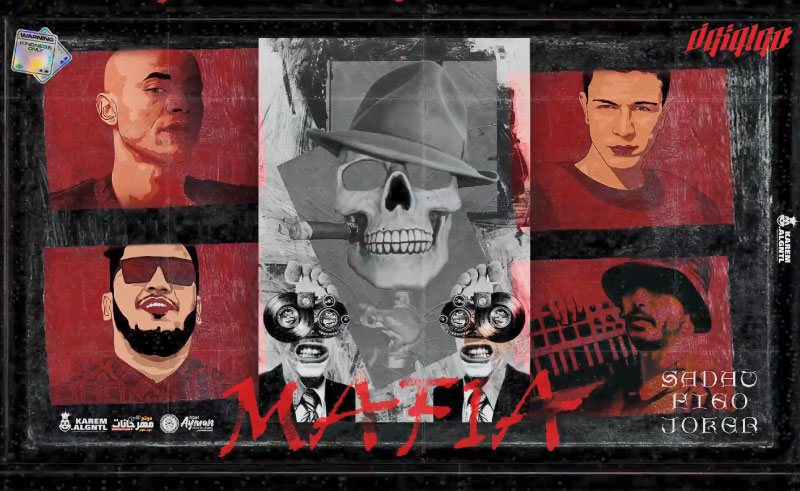 In a regional independent music scene that’s still finding its feet as it consolidates local sounds with foreign influences, few scenes have done this as well as Egypt’s, where the homegrown sounds of shaabi and mahraganat have come to have a huge impact on rap, as an example.

There are few better examples than this than the work of prolific producer, Molotof, who has frequently taken the the signatures of shaabi and mahraganat and fused them with elements from not only trap, but also techno and dub.

In his latest work, the producer has flexed more of the same fusion, with mahraganat heavyweights, Sadat and Figo, and veteran rapper, Yousef Joker, featuring.‘Mafia We 3esabat’ sees each of the vocalists jump on the experimental beat, though they each also maintain their own signature styles. Reverberation and a reversed shaabi melody are the defining features of the production and they produce a kind of dark ethereal aesthetic that contrasts against the thumping kicks and non-stop sub bass.