We got to interview the talented singer and producer Melodi Ghazal for a feature about her musical background, finding one's path in life and 'The Little Mermaid 2'. 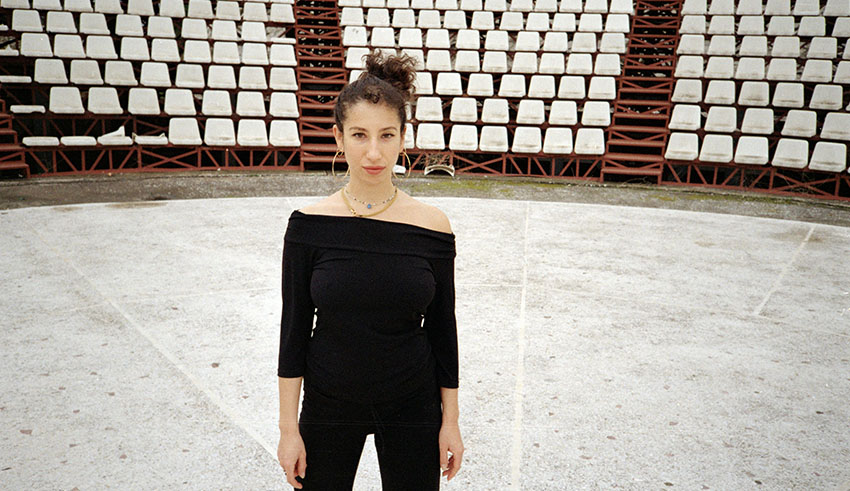 First of all Melodi, can you introduce yourself. Where do you come from and what is your background?

I was born in Denmark to Iranian parents who fled the country for political reasons and who arrived in Denmark just a couple of years before I was born. This meant that the home I grew up in wasn't, at least domestic wise, very traditional ‘Danish’, and I learned farsi at home and simultaneously along with my parents, Danish outside of the house. On the other hand the secular system of Denmark was pretty aligned with their general views and political beliefs. They decided to deliberately let me grow up in a very white area, and not in some of the more culturally diverse areas of Copenhagen, because they thought that would be better for me. A decision they have later come to doubt and regret a bit.

What kind of culture and music did you grow up surrounded by then?

It was a very mixed landscape of things. We heard a lot of Iranian music at home and my mother’s side of the family also lives around Denmark and Europe, which meant that we would go to gatherings and listen to bandarin dance music, Googoosh and more modern four to the floor L.A. produced Iranian party music. Then at home seemingly almost at random, there would also be a Madonna album or a Celine Dion record laying around. I also went a lot to the library and borrowed cd’s, and there discovered Briney Spears, which for years almost became an obsession for me, but in general I just listened around discovering a lot just by looking at the cover art of the records.

How did you start playing music?

I started writing songs when I was really young and had piano lessons, but never really practiced and did that for years until I reached my early teenage years, and then suddenly I decided to just quit. After that I didn’t play music for almost 10 years and instead I built up another kind of life. I got a bachelor's degree in art history and I also got married. I have somehow always known that music is what I had to do in my life, but I had to live through different other chapters in my life before it could be realized. I had to find my place and learn how to exist in this world before I could go back and rediscover the music and really get absorbed by it.

When did this happen? What was the breaking point in terms of the music?

After I got back into the path of making music about four years ago, I went to this school in Copenhagen, for half a year, where I studied music. All the other people there were six years younger than me, had just finished highschool and were much better musicians, I was always the most nervous of the bunch and people would be like “who is that on your screensaver” and i would be like “that’s my husband” and they would be all surprised and ask “Wow do you have a husband?!”. It was at a weird kind of out of synch time, but I knew I had to do this or I would suffocate and die. After about a month we had a course in Logic and it changed everything for me, I just became absolutely obsessed with the software and transformed into a crazy manic person. I could suddenly truly express and transform my musical vision into something real and do it in the way I wanted to.

So you produce all your music yourself?

Yes until now I have produced all of my releases by myself. A lot of the musical expression of a track is in the production part and hereby it is also a lot of responsibility to give off and put into the hands of someone else. You really have to find a person who perfectly understands your music and aesthetic vision and who is on the same wavelength as you are. If I someday find this other person I would surely be ready to relieve myself a bit.

So far you have released three singles. What are you currently working on and what is next for Ghazal?

I’m currently working on an EP that is gonna be released later this year and next month the first single from the EP called ‘motivational quote’ will be released along with a music video. The general theme of the project is water/ocean and magic. It is about not really having any sense of belonging, ergo belonging to everything and nothing at the same time.  There is this movie called ‘The Little Mermaid 2’, which is the sequel to ‘The Little Mermaid’. As a child it was the first time ever that I came across someone with the same name as me, and it was kind of a validation of myself. In the movie Ariel has birthed a daughter called Melodi, who is kept behind a big wall away from the ocean, because of the bad experiences her mother had there. Melodi doesn’t know that she is a mermaid, but has this big longing towards the ocean, and knows that she doesn’t belong on land. In the decisive part of the movie, she sneaks out behind the walls, gets into the ocean and is hit with an instant feeling of belonging.  This of course is a metaphor for transformation that I have brought into this project; transformation as a necessity for survival. It is only by going into the water and transforming into a mermaid that Melodi can survive.