The Amman based artists new lease of life under Saudi label, Wall of Sound, has pushed him into a unique new musical direction - and it's totally working. 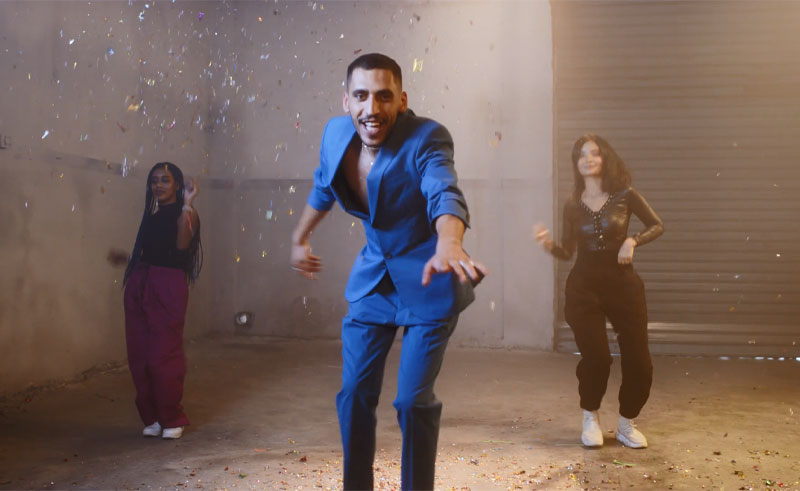 2021 has been an overall rather marvelous year for Jordanian maverick, Idreesi. After closing out a difficult 2020 with EP Bsbanat, which evolved the kid-of bedroom-neo-folk sound that he’s established in previous release, Loon El Shams, the Amman-based artist went on to work on a number of outstanding collaborations.

Among the highlights were 'Ala Nar' with fellow Jordanian, Zaid Khaled, and Egyptian producer, El Waili,  and most recently, on 'Manga', once again featuring Khaled, in addition to 47Soul's El Far3i.

It’s his solo work that has really caught the attention, though, and since signing with Saudi label, Wall of Sound, he has developed a unique Arab-indie-pop sound. It first reared its head with the August release of disco-kissed track ‘Amman’, and does so once again with his latest track and video, ‘Al3ab’.Once again riding a retro wave, the track is a twinkling cosmos of synths and keys, coming and going as they please, at times without warning, as they make way for more others. It’s a song that demands repeat listens to truly appreciate its deceptive depth and sees Idreesi take on a more restrained vocal delivery, though every word is full of a melancholy emotion, a sentiment reflected in a video that stands up to interpretation.

For this writer, Idreesi stands as one of the most unique alt-pop acts in the region, a man whose versatility can see him rap on one song (see ‘Ala Nar’) then melt completely into a ballad in the next (see ‘Analaw’ with Ghalia).