What started as a studio brainstorm session ended up in a soundscaping track – with Okhtein’s bags as the main instrument. 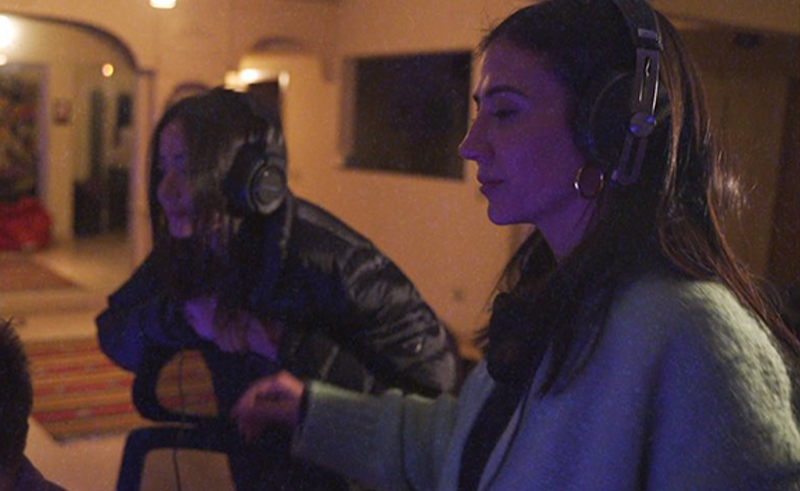 Powerhouse fashion brand Okhtein started off as a luxury bag brand founded by two Egyptian sisters, hence the name ‘okhtein’, which in Arabic literally translates to ‘two sisters’. Forever innovative, the two aren’t just visionaries regarding design – they’re also ahead of the game with their marketing. They recently started a campaign centered around the idea of creating ASMR sounds using their products and expanded on this idea by joining forces with Cairo-based producer and DJ Shunus.

What started off as a brainstorm during a studio session resulted in what is now known as ‘The Sound of Okhtein’, a narration of Okhtein’s journey in creating their Euphoric Reverie collection. The producer took the track in a similar direction with his earlier organic/downtempo EP, Reshape, Parasite, this time opting for a more eastern twist.

Okhtein went over to the producer’s studio to brainstorm ideas and eventually decided upon reworking one of his old tracks, using sounds of their products to design the lead percussion. They then proceeded to record sounds of the bag’s clasp, scratching their nails on the sides, and tapping along the corrugated edges to get a range of different percussive sounds.

Finally, along with Shunus, the Okhtein sisters Aya and Mounaz began arranging sounds together, ensuring the overall cohesion of the track and ultimately creating a soundtrack suitable for the brands’ aesthetic. The minute-long conceptual yet satisfying piece is now available on the brand’s Instagram page.