Foxes, motorcycles and ‘Ben 10’ are among the unusual sounds used by producer, Ahmed Elian, to build a melancholic and dramatic new single from Lella Fadda. 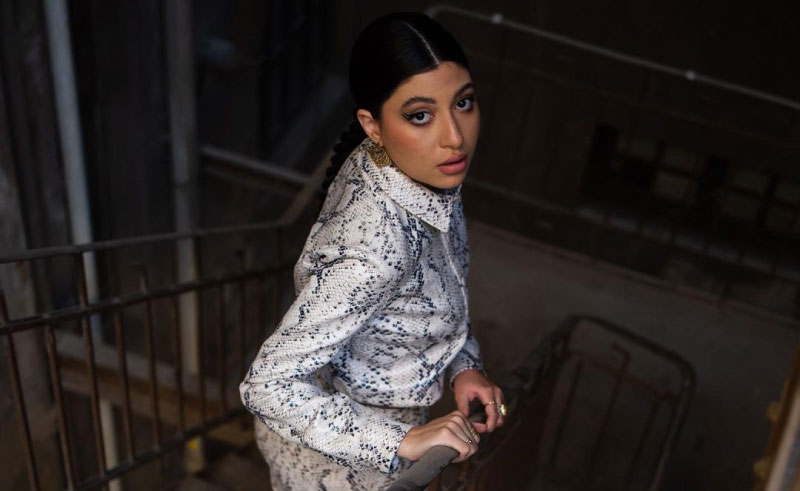 Quickly emerging as an unpredictable artist whose hold of the craft belies her young years, Lella Fadda continues to show a versatility rarely found in Egypt, with the release of her latest single, ‘Akher Ayam El Madina’.

A collaboration between Fadda and longtime friend and producer, Ahmed Elian, the track is a short but memorable few minutes into a world of dark experimental pop. We say experimental because Elian uses a range of unusual sounds to build the track, including fox sounds, motorcycles revving and even a sample from Ben 10. It all feeds into a brooding sonic ensemble driven by smooth piano chords and euphonious guitar riffs. It provides the perfect backdrop for Fadda’s melancholic lyrics, which while vague and open-to-interpretation, are dripping in a sense of abandon - a feeling reflected in a unique video directed by Zena Abdelbaky.

At some point in the track, all sounds cease, before exploding into a new energy thanks to an almost trap-inspired beat that sees Elian buckle up and go for one hell of a ride.