A veteran and pioneer on the UK’s electronic music scene for over three decades, A Guy Called Gerald’s’ Britain’s Dirty Little Secret’ EP is a product of a unique friendship with the label’s founders. 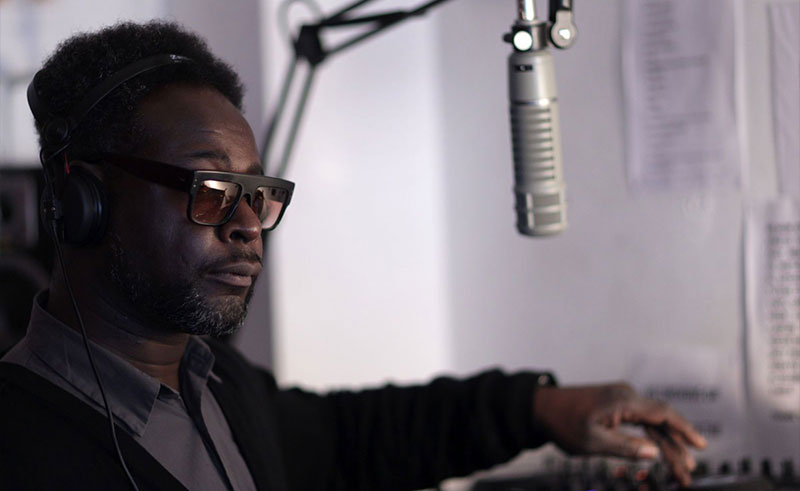 A veteran of the UK electronic music scene, British producer, A Guy Called Gerald, has announced that he is to release his first new material in five years - and he's doing so exclusively through Iranian label, Moozikeh Analog Room.

The label is best known for its work with Salar Ansari, but this unexpected partnership stands as the biggest feather in its cap. Though the official release date of the vinyl-only EP has yet to be announced, the four-track piece promises to offer a deep-dove into Gerald's unique musicality.

Having first found his feet in music by experimenting with tape editing and drum machines, Gerald began making a name for himself in the late eighties as part of electronic group, 808 State. It was his solo work that really put him on the map, though, particularly 1988’s acid house banger, ‘Voodoo Ray’. Credited as the first acid house track produced in the UK, it went on to become a dancefloor hit and, one year on, it entered the UK music charts, peaking at number 12. Three years later in 1991, he founded his own label, Juice Box Records, which is credited for planting the seeds for what would go on to be known as jungle music and, later on, drum and bass.

Time in New York in the early 2000s only raised his stock and listeners and he has continued to tour the world since.

But how did Gerald come to connect with Moozikeh Analog Room? Well, he first met founders Mehdi Ansari, Salar Ansari and Siamak Amidi in 2013, when the latter booked him for a party in Dubai. SInce then, the group has maintained a strong friendship.

“This release is based on a real friendship," Gerald explains. "I feel part of the Analog Room family. Back in the early days, that’s how it was. These days, it’s like, ‘Oh, you’re famous, let’s do something.’ I’m not interested in that. I’m not interested in being a celebrity or living that life.”

“With Mehdi, we have spent hours jamming in private in Dubai, we have partied together. We’ve vibed together for so long and he’s shown me new parts of the world I should be making and playing music in, away from the trendy scenes in other places. So this is an exclusive just for him. I’m not looking at doing anything else with anyone, and the music is just about celebrating individuality rather than trying to fit in anywhere.”

As for the EP, SceneNoise, it’s a veritable ride of that dips and rises through jungle-inspired drum patterns, experimental ambient-synth fusion, house, techno and more. It provides a fitting window into Gerald’s extraordinary career and its release will mark a huge moment for Moozikeh Analog Room - it's only their second official EP release. Not bad. Stay tined for news on when the vinyl version will be released.