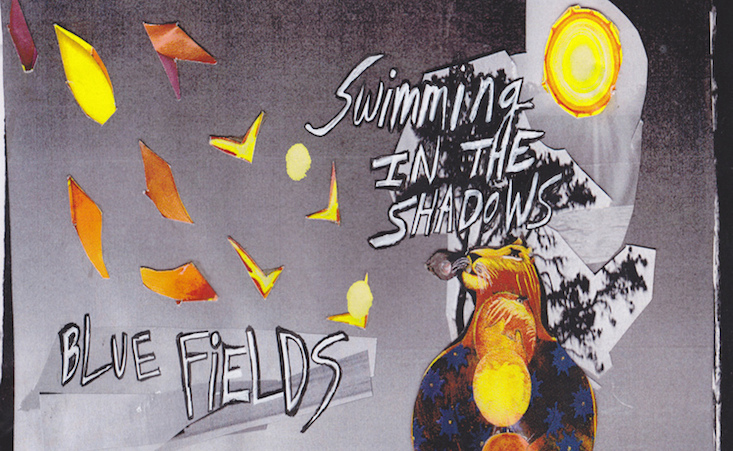 Canadian DJ/producer, Mike Shannon, and Japanese guitarist, Takeshi Nishimoto, are back on Haunt Records as Blue Fields, five years after the release of their debut album Ghost Story (2012). The group’s new body of work is a nine-track album entitled Swimming in The Shadows, a deep, ambient journey inspired by the personal experiences of Shannon, highlighted by Nishimoto’s surreal guitar riffs, and brought to life by several featured artists, most notably Illhem Khodja - one half of the Modern Deep Left Quartet, Daniel Tate and The Mole.

The tracks throughout are far from monotonous, Blue Fields go as far to include jazz influences in the album. Every single track seems to have a story to tell and a drive behind it. “I started writing, things in my personal life which had reached new depths, my relationship was on the edge of a razor and the loss of one of my best friends. The only way I can truly heal wounds like those is to express them and to write. So, a majority of these works are obviously deeply personal to me.” - Shannon said to Self Titled Magazine. We went through several tracks on the album to try and convey its essence.

Falling In Deep starts with faint, distant and spaced guitar. Ambient bass and synth set the tone and are beautifully complimented by Miguel Toro’s drumming. It somehow manages to convey this under-stated or perhaps hardly existent balearic vibe. Mike explains the motivation behind it saying, “This was written at a time when I needed to motivate myself not to fall into one of life’s traps.”

An ambient jazz track that opens up with rhythmic, brushed drum strokes slowly building up with Nishimoto’s guitar. During the break a snippet from Jim Jarmusch’s 1999 movie Ghost Dog is introduced over ambient guitar. Original made in 2008 during the duo’s formative years, the inspiration behind the distinct drumming is cited as Bryan Adamson’s track Jazz Devil.

Perhaps the most hard hitting track on the album, On The Stairs, features this undeniable, heavy, industrial punch. Distorted bass dominates the lower end of the track with a pounding kickdrum that drops in every couple of bars. Illhem’s vocals appear on the break, adding more haze to the euphoria already established, and is blessed with her singing for the remainder of the track.

A reprise composed of parts from the previous tracks on the album, The Breeze Under The Floor. Composed after the death of a close friend of Shannon’s, he decided to take to the studio and create Reprise For Wendy. A nostalgic piece with much more pronounced beats and production, with surreal, ethereal, and uplifting strings. Bouts of white noise throughout the track mimic waves crashing on a shore for the duration of the song.