We're almost certain that the Aswani national treasure is a direct descendant of the most musical of Pharaohs. 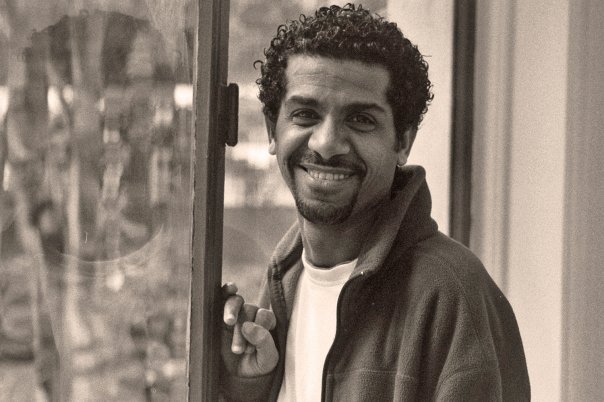 As far as places go, Aswan’s got a lot to offer. It’s steeped in Egyptian and Pharaonic history, has ancient ruins and temples, and uh, you know, a dam. Right? That’s about as far as our knowledge of Aswan goes. Anyhoo, they’ve also got a less ancient national treasure, a musician by the name of Basheer, who plays cool traditional Oriental tunes with a twist, in an attempt to revive the Jaafari heritage. With a motley crew of musicians playing everything from saxophones and keyboards to tablas and ouds, Basheer and his band mix old and new with ease, making the traditional cool. Like Aswani hipsters, if you will.

And Aswan is kind of hip, isn't it? Ancient Egypt is making a major comeback, with everyone from Burberry to Kanye West borrowing our Pharaonic style. But they don't know just how important these faces and symbols they so carelessly wear were. Back in the day, those ancient Egyptians had Gods for everything.

-They had Horus, who was originally the sky god, according to our trusted friend, the internet. Who knows what god department he got transferred to after that, but he was an important one.

-They had Seth, who should not be mistake with Seth Cohen from The O.C. as obviously our minds went there first, but Seth as in the god of storms and violence.

-They had Isis – who knows what she did, but we all remember her name from 4th grade history classes.

-And they had Hathor – the goddess of, amongst other things, music.

Now we have it on good authority that Basheer is in fact a descendant of Hathor, AKA the goddess of music, which must mean that he is blessed with the music gene, and is now sharing his godly gift with all us lowly Cairo peasants. He’ll be bringing a bit of Aswan to Cairo Jazz Club on April 6th with his cool fusion of Oriental melodies and modern arrangements. Hipster attendance is extremely encouraged - if you've ever caught him live before, you'll know just how catchy the tunes him and his band have become known for are. If you haven't, this is your chance to become cooler than Kanye.

It’s also worth noting that Hathor was also the goddess of fertility, so as such, we must assume that Basheer too, is rather fertile, and could make many wonderful Aswani babies, for all those ladies interested.

Find out more about Basheer on his Facebook fanpage here.