Amro El Meligy's new video is a fantasy wonderworld where he hitches a ride with a clown that apparently is on some kind of psychedelic trip and takes Amro on an adventure... 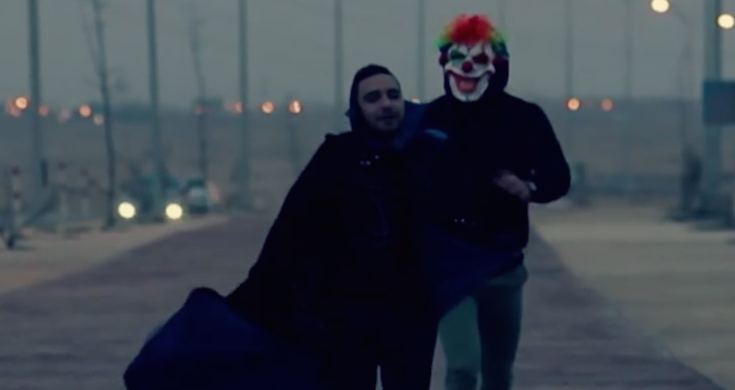 Amro El Meligy has just debuted the sixth track from his first album Hangin' There/Mestany Men Zaman, titled Walking Away. The music video for the song, directed by Karim Mohamed, takes on a new approach to storytelling through some very fantastical scenes.

Let's break it down for you, shall we? El Meligy's car breaks down and he is forced to hitch a ride with a a normal looking dude who then turns out to be a scary clown who drugs him and takes him on a psychedelic trip to some very weird, gothic place. Never get in a car with strangers, Amro... After he's drugged El Meligy is transformed into a vampire - or something along those lines. It is apparent that he, who at first looked innocent and helpless when his car broke down, has now gone to the dark side, looking all wicked and stuff. He's dancing and making gestures that imply that he is feeling good in his new skin. It seems that El Meligy is walking away from his previous life and changing his ways after meeting Scary Clown and learning a thing or two from him. BUT then he runs back to the car, away from Scary Clown, gets in, and the vehicle starts moving of its own volition... You never find out where it ends up. You can check out the video below.