After he wowed with his first ever live performance earlier this month, we've been hearing more and more about 23-year old Mustapha Kamel, AKA Deciphering Stars, and his beautiful melancholy music. We find out more about his blossoming sound... 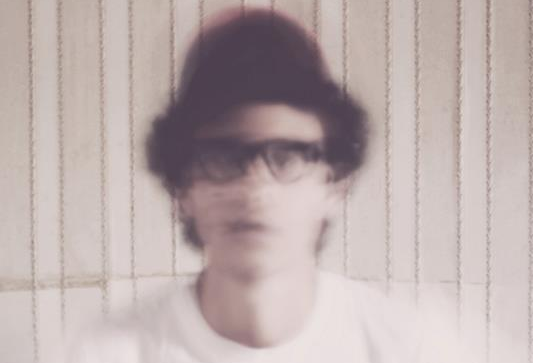 23-year old artist Mustapha Kamel AKA Deciphering Stars makes hopeless music. Truly downtrodden, sickly, poignant melancholy; a nihilistic brand of Post-Rock and Ambient Grunge. With four years of sinuous Experimental noise behind him, his latest release, the three-track Land/Breeze, is a must listen to for anyone following Egypt’s burgeoning left-field post-Rock scene. Gritty vocoded vocals swim through a sea of Mogwai-inspired guitar layering and keys, emotive and whispery. Following his first live performance, at Cloud 9 Festival this month we catch up with Kamel....

When did you first get into creating music?

About eight years ago, during high school, my friend Omar (from The Chicken Came First) and I decided to learn how to play the guitar. Four years later, after having played together in a couple of formations, I decided to do my own thing; make use of whatever I recorded on my computer during those four years, and that was the beginning of it. Ever since then, I've just carried on writing and recording.

What instruments do you play and what do you use to produce?

My main instrument is the guitar, but I also play the keyboards for fun. As for music production, I used to produce my material with Garageband, as it’s one of the most easily accessible, user friendly DAWs out there. At some point I was using FL Studio but on a separate machine, mainly for drum-loops. But ever since I got an audio-interface, I started to use Ableton Live. I am still trying to get acquainted with the transition.

How do you think the Cloud 9 gig went?

It was fairly good, I would have to say, as a first live performance, of course. We have only been jamming together for a few weeks, a total of 6 sessions. So I didn’t expect us to be as tight on stage as we were.

Who are your favourite artists locally and internationally?

I don’t think I have a fixed list of my favourite artists, because what I listen to usually depends on my state of mind and I am always discovering new music, regardless of genre. Lately I found myself gravitating towards classical music, and since classical music is not nearly as accessible as Rock music I try to ease my way into it by focusing exclusively on one composer and start by checking out his/her oeuvre in chronological order before moving on to the next one; right now I am at Penderecki. But I digress. There are probably about three artists whose music I will never grow tired of and I’ll always keep following their work: Radiohead, The National and John Frusciante, mainly because they had a huge influence on me over the years, both musically and intellectually, and still do. Besides, they have always been a great inspiration. As for local artists, they also change from time to time, but I just found out about Portrait Avenue during Cloud 9, and during one of their tracks I felt like I was listening to something as aesthetically deep and vibrant as something Radiohead would probably play, so they are definitely one of my favourites.

I think it has progressed a lot in the last couple of years, more significantly after the revolution. Although I fail to see the connection, I appreciate the outcome. Also as more venues appeared in the last couple of years, we began to get a peek at the underground scene, artists who were struggling to find a medium have now found one, and this is just the tip of the iceberg, I think.

Deciphering Stars... Are you into horoscopes/astrology?

No, I am afraid not. Ironically that is far outside my sphere of interest.

What are your hobbies outside of music?

Graphic design, walking (a lot of walking), and reading but only as a potential hobby; I have acquired lots of books over the years and I hardly finished any of them. Usually by the time I am half-way through one book I will have probably gone out to buy another one and started reading it with complete disregard to the one I set out to read in the first place. I probably need help.

Can you describe your song writing process?

Well, it differs from one song to another. I’d say it’s almost a random and chaotic process. I just sit on my laptop with my guitar and just play. Sometimes I get bored of the guitar, I’d sit with the keyboards instead. Sometimes I work on an idea the whole day and then I suddenly hit a wall; I don’t know where to go from here. I just leave it there for a week or even months, then I come back later and listen to it unintentionally from a different perspective. Then all of a sudden the wheels starts turning again and I am back picking up where I left off. I learned that from one of my major musical-influences John Frusciante, he applied the same method during the recording of Red Hot Chili Peppers’ Stadium Arcadium. He suggested that the air in the room changes, it’s a new surrounding, thus enabling one to think differently and to look at things from a different angle; it totally refreshes your frame of reference.

What was the inspiration behind Land/Breeze?

It was the first time I joined The Chicken Came First on stage, and we were on our way to the show in the car and Omar had Vienna by Caspian on, and I thought I would like to write something that captures the same feeling as this song someday; something that wasn’t riff-driven, something that was rather guided by the ambiance, the atmosphere it manifests in. I don’t think I have accomplished that, the result was completely different from what I intended, or at least imagined, but I kept pursuing it nonetheless. After that I sent the song to Islam and he laid down the piano chords and sent it back to me. I kept messing around with it for a few months, changing and undoing things, going back and forth, and then I thought to myself, enough with the over-thinking and it was finally the time to get it out of my system.

Still writing music, hopefully, in addition to playing other instruments then the ones I currently know how to play. I also would like to be living somewhere near Zamalek or Maadi.