We take Egypt's honourary national anthem, Hotel California, and break it down to figure out why it is so beloved. 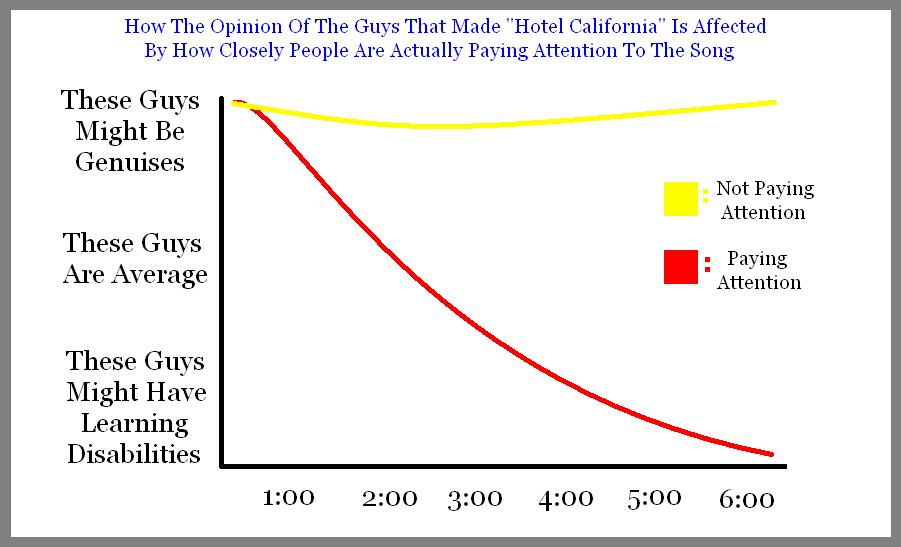 Hotel California is a song that no one here in Egypt can ever escape. It doesn't matter where you go in the country, some lame-o is going to try and impress you by blasting this song. We still aren't sure why everyone loves it so much but we decided, instead of letting it bother us, that we'd dissect the song in hopes of shedding some light on the undeserved phenomenon. Sort of like music class meets biology.

The first thing anyone who likes the song will tell you, is that the guitar solo is gamed neik. The truth is, the guitar solo is terribly unimaginative. First off, it isn't a challenging one. Secondly, it goes on forever. Simply put, it's not Rock. It is more like Adult Contemporary, at best. If you want to hear a good solo that sounds impressive, rocks, and goes on for a while but has a pay off, we suggest Neil Young's Southern Man. It also has an awesome bass line, and talks about the racism that lives in America, which easily could be applied here.

Sometimes people will argue that it is the tone of the guitar that makes it sound so unique. Maybe that is due to the fact the most popular version is a live acoustic one, played on eight guitars at once, giving it a clean tone with absolutely no character. If you are looking for a more appropriate song for Egypt, that has a unique tone, we recommend Mac Demarco's Ode to Viceroy. Plus it's really all about cigarettes in the morning and doesn't require an orchestra of guitars.

Perhaps it is the lyrical content that makes it so popular? It does have many lines that seem to apply to everyday life under a dictator and there's a few words that connect with people like: “On a dark desert highway/ She got the Mercedes Benz/ This could be heaven or this could be hell/ They gathered for the feast/ You can check out anytime you like, but you can't never leave.” Makes sense, but these lines are vague enough to refer to just about anything and anywhere. If it is timely content you are looking for then we recommend Rock the Casbah, by The Clash. This song talks about Sheiks, Cadillacs, minarets, muezzins, Sharia, jets, bombs and more stuff that's applicable to living in Egypt today.

Egyptians love cover and this song has more than its fair share of calternative versions. In fact, we would almost prefer to listen to covers than the original. If you for some reason just can't get enough of this song, here is a better version of Hotel California, that probably inspired The Eagles Flamenco-style rebirth of the song in the 90s: The Gypsy Kings version. Unfortunately, the song is banned on YouTube in Egypt, so here is an Arabic version that sounds close, and is still better than the original.

At the end of the day we believe everyone is entitled to like whatever song they'd like. The point of breaking this song down is to refute the claims that this is greatest song ever. It most certainly is not that. Sorry. 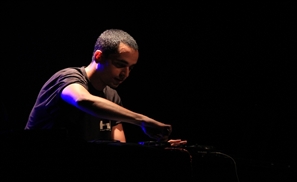 In this installment of our series of interviews with young, up-and-coming [...] 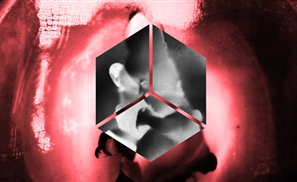 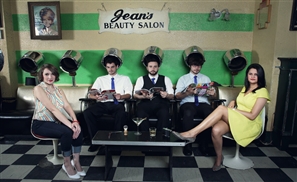 There's an Egyptian making waves with her Country-Rock band in the Big Apple. We [...]